PR, Please Think It Through 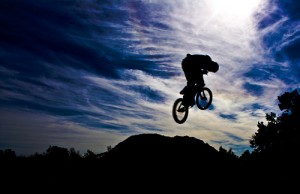 Twitterverse was buzzing about Skittles‘ foray into social media this week. No, I’m not going to give you my take on that, there are quite enough of those already. I did find Laura Fitton’s early summary of it extremely interesting, though, and Lauren Vargas’ and Liana “Li” Evans’ posts summed up my opinion beautifully.

My point is this: when you embark on PR of any kind, have you thought it through?

Home Is Where The Mouse Is… Maybe

A few days ago, Pew Research’s “Daily Number” was 38%: the percentage of Americans who, having lived in more than one place, don’t consider their current community home. Given that this is a country of immigrants, that isn’t surprising, and a feeling I (a naturalized American of East Indian origin) can relate to.

A couple of days later, we had a friend over for lunch. Canadian-born, he’s worked all over the world, including in several African countries, and now calls Liverpool, U.K., home. At one point he asked, […]