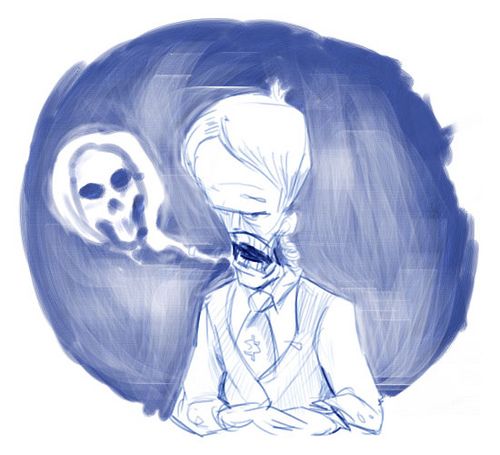 Ever been in a room with a pundit

and they’re talking up such a load of codswallop that it’s all you can do to not pull your hair out and run, screaming, into the street, looking for a Martian to swallow you up?

Yea, I thought you had.

I was looking through my Google Reader a few minutes ago, and I caught a post by Amrit Pal, one of WUL’s regular guest bloggers, on what he “shipped” in 2010.

And I loved the way he started his post. He didn’t exactly say that the post he referenced was BS, but I got the impression that he wasn’t too impressed by it.

Which made me think (yes, it’s been known to happen)

We all encounter blowhards and egomaniacs, whether online or in real life.

Most of the time we put up with them (usually if they’re a big enough “name,” because we don’t want to piss them off), but wouldn’t it be great if you had a handy list of things to say or do that subtly tells them where to get off?

1. Insert “with all due respect” somewhere in your answer/post/whatever. Yup, that’s straight from Amrit’s post, but I LOVE it. Because when you start with that, it’s clear that there’s disagreement coming. But it’s respectful!

2. Another great phrase to use is “in my opinion.” If you want to Gen-Y it up, “IMHO,” and end your comment with it.

3. Don’t respond. At all. This will drive them nuts.

5. Once they’ve finished opining, don’t say anything for a couple of seconds. Then make a remark that is completely unrelated to the conversation at hand.

6. Ask them to elaborate… repeatedly. “Really?” “Hmm, can you explain some more?” “Would you run that by me again?” And so on.

7. Start off with, “If I’m being honest…” Simon Cowell practically made this an art form.

10. Look at your watch and say, “It’s been lovely, but I really must run.” And then strike up a conversation with someone two feet away.

What would you add?