My World Isn’t Necessarily Your World 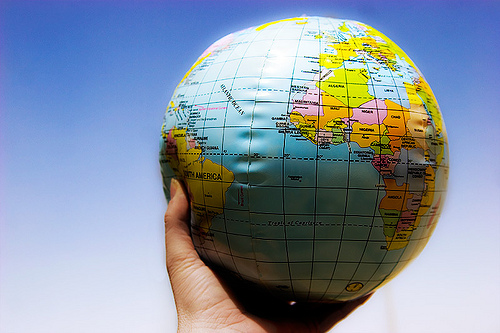 When the devastating earthquake and tsunami hit Japan last week,

I was pretty sure that I would overwhelmingly start seeing tweets related to the disaster, as more and more people in different time zones found out about it.

I wondered if, at the same time, as many of the people I know and follow arrived at SxSW in Austin, those tweets would take over my stream.

As the content of tweets from the U.S. – at least in my stream – slowly started being taken over by earthquake-related information, I noticed one that opined, more or less, on how that person couldn’t believe anyone was tweeting about anything else.

I can’t remember the exact words, or exactly who it was, but that was the gist of it.

That anyone not tweeting about the earthquake/tsunami was shallow and selfish.

I remember thinking that the person who sent that tweet out was, perhaps, being a trifle harsh.

After all, it was still early for us here in the U.S. and many people may not even have been aware of the tragedy unfolding halfway around the world from us.

And that was why I also didn’t think that the folks congregating at SxSW were shallow, or selfish, or self-absorbed.

Because they probably just didn’t know.

I kept thinking about this, wanting to write about this, but wasn’t able to crystallize my thoughts enough to do so.

Then I read Jennifer Zingsheim‘s recent post about a similar issue faced by Ruth Reichl, and how Ruth dealt with similar criticism with grace instead of fire.

I also read Jackson Wightman‘s post on sending “soft” pitches to the media at a time of crisis, and I think you should too.

that everyone is concerned about the same things we are, that is simply not true.

Everyone has different priorities, different frames of reference, and different ways of reacting to things.

True, I think you’d have to be pretty hard-hearted not to be affected by what’s been happening – and is still happening – in Japan, or Libya, or in so many places around the globe.

We all have our own crap to deal with, and the human mind can only process so much at a time.

my guess is that you live a relatively decent life, and you and I are blessed to be able to do so.

So, for the most part, we can empathize when disaster strikes complete strangers; maybe even reach into our wallets to donate.

But imagine you’re a single mom of two who is dealing with inoperable cancer, and whose husband left her when he found out.

Imagine you’re a bright young teenager, with a great academic record… whose parents are illegal immigrants to the U.S.

Imagine you’re a grandmother, slowly wasting away from dementia in her son’s spare bedroom.

Your problems are going to feel a whole lot bigger than anything happening a world away, aren’t they?

We need to stop thinking everything and everyone can, should, must react the same ways we do.

My world isn’t your world.

Your world isn’t my world.

Sometimes they intersect, but most of the time they don’t.

It’s magic when they do, but when push comes to shove, whose world is going to be more important to you?

Yours. Without a doubt, yours.

We need to stop judging people by our own worldview.

Because, most of the time, it’s really only important to one person.

And that’s the person whose worldview it is.