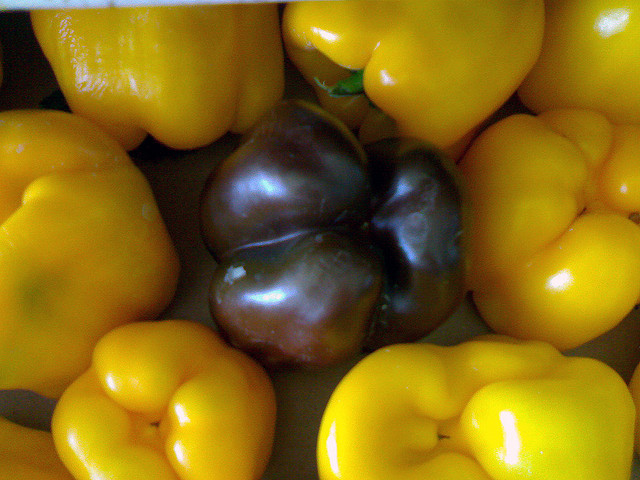 A story has been making the rounds this week, and which I finally read a couple of days ago. It’s the “viral blog” (not my words, but it certainly seems to be going viral) authored by Seema Jilani for the Huffington Post, detailing her “racist encounter at the White House Correspondents Dinner.”

According to her post, Ms. Jilani – an American physician with Pakistani roots (as I found out from a previous HuffPo article of hers) – realized she needed to get her keys from her husband after he’d moved on from the cocktail hour to the actual dinner (he’s the journalist half of the couple, she’s a pediatrician, and therefore could only attend the pre-dinner cocktail hour).

When she asked Security if she could go down to the ballroom to find him and get the keys, they refused on the grounds that she didn’t have a ticket … and then proceeded to let countless other Caucasian women through, even though they didn’t have tickets themselves.

They didn’t just stop there; they insulted her in a patently racist way, a way that most of us who look, speak, are “different” to who and what are considered the norm can relate to. And since I haven’t (as yet) seen any rebuttal of Ms. Jilani’s experiences, including from the White House Correspondents’ Association (which hosts the annual event), and it’s been almost two weeks since this happened, I’m going to assume her account is true.

By the way, am I the only one who finds this ironic: that a group of official journalistic “correspondents” has not as yet responded to her post? If you look at their “news/blogs” page (which moniker is rather hilarious to start with), as of this writing their most recent “post” is from April 2, detailing the then-upcoming event, in mind-numbing, static length.

It’s the kind of “post” or “release” which, if they were on the receiving end, said correspondents would probably be screaming about from the rooftops as to why your PR pitches suck.

The mildest thing I can say about Ms. Jilani’s experiences is that they are jaw-dropping. In truth, they are skin-crawling and vomit-inducing. At least, if you are a decent human being, regardless of your race or ethnicity. Here is an excerpt:

“When I asked why the security representatives offered to personally escort white women without tickets downstairs while they watched me flounder, why they threatened to call the Secret Service on me, I was told, ‘We have to be extra careful with you all after the Boston bombings.’ “

If you haven’t already read this post, you must. And as anyone who is considered “different” will tell you, we have all had our WHCA Dinner moments.

For example, should I tell you of the day after 9/11? As my (white) husband and I returned from work – a tough enough day to get through – and were about to enter our home (that we owned, and paid taxes on), a passenger in a pickup truck leaned out to shout at me, as it was driving by, “Go home! We don’t need your kind here!”

Should I tell you of how first I didn’t even realize what had just happened? And then, when I did, how shocked, then numbed by disbelief, then fearful, I was? And how, in the days that passed, how I was shoved and jostled blatantly and not-so-blatantly on San Francisco’s BART by both men and women, who took advantage of the close proximity to mutter threats at me (and no, that never happened any other time)?

Should I tell you of how my husband, fearful for my safety, wouldn’t let me wear my long black coat-with-a-hood, perfect for San Francisco’s come-hither-go-thither weather, for fear I’d be mistaken for “one of them”? And how, after reading of attacks on mixed race couples in San Francisco – peace-loving San Francisco! – I was scared to let my husband walk with me?

This is not a diatribe about how white people behave with non-whites. “You all” is not a fair assumption or accusation, regardless of where it’s coming from. And I can tell you that while I may have faced racism here in the U.S., I’ve also faced discrimination while growing up and in India, because whenever someone is “different,” that’s going to happen. This is a universal problem, not one that belongs to Muslims, or brown-skinned women, or Irish-Americans.

While so much of her post resonated with me, this is what really hit home:

“After this incident, I will no longer apologize, either for my faith or my complexion. It is not my job to convince you to distinguish me from the violent sociopaths that claim to be Muslims, whose terrorism I neither support, nor condone. It is your job. … It’s not my job to plead with you to shake my hand without cringing, nor am I going to applaud you when you treat me with common decency; it’s not an accomplishment. It’s simply the right thing to do. Honestly, it’s not that hard.”

As I read through the post, I realized that this has been my reaction for many years; to feel grateful when I’m treated fairly and without condescension.

There is no reason for me to be grateful to be treated like a human being, especially when I do my utmost to do the same with others. From now on, I’m going to stop being grateful for decency, and expect it. And I’m not going to let ignorance be an excuse either. I wouldn’t be able to get away with it; why should anyone else?

I’m not going to go around being mean, but I am going to stop being apologetic as a way to calm troubled waters (though I will be apologetic if the situation calls for it and I need to). As Ms. Jilani says at the end of her post:

“And now, it is no longer my job to enlighten you. To quote what you so often tell ethnic communities, ‘It’s time for you to step up to the plate, take responsibility, and stop taking what I have earned,’ my integrity, my dignity.”

Honestly, it’s not that hard.

I’ve had my say; what’s yours?