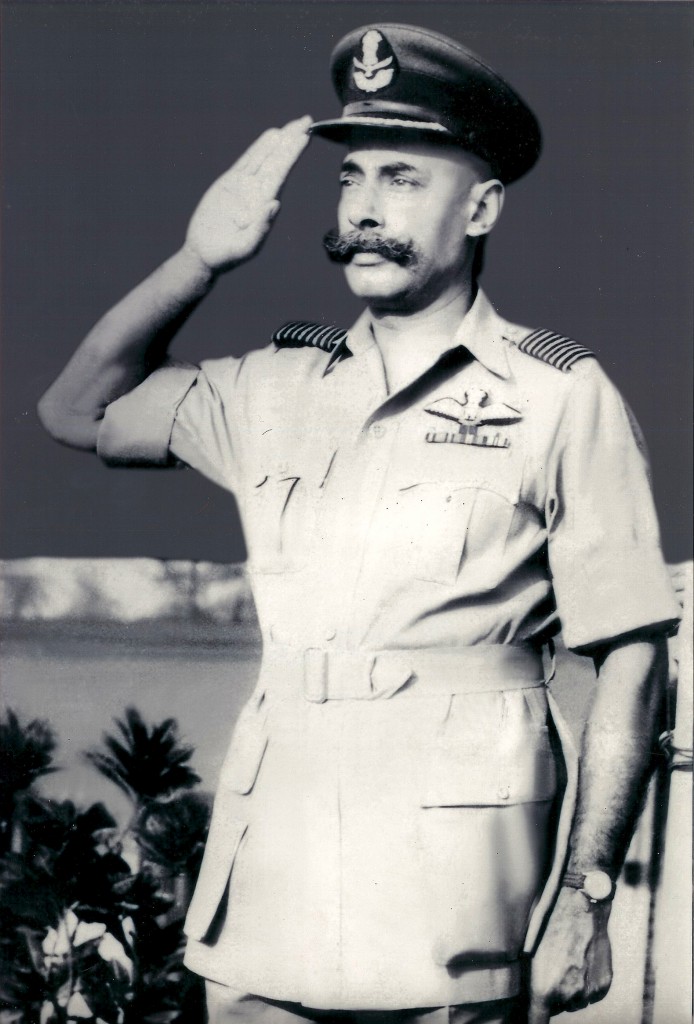 My grandfather never talked about the war.

That’s him as a dashing young officer, right there.

He preferred to spend his time with his grandchildren squeezing us so hard that his mustache ticked (we squealed, but were secretly delighted), teaching us how to play golf when we’d visit his Kalimpong home on vacation, or declaring his innate superiority as a Brahmin – with a twinkle in his hazel eyes – when on the losing side of any argument.

The Brahmin bit always cracked us up. Even if, according to the Hindu caste system, that’s what his family was, if there was anyone who cared less about caste and status, it was my grandfather… not to mention the fact that he was a devout Christian.

When I was talking with my parents a few days ago, I asked if they remembered any of my granddad’s war stories.

My father – who held his father-in-law in such great esteem that, until the day the latter passed away, addressed him as “Sir” – told me quite a bit I didn’t know.

During World War II, he was a Flying Officer with the RIAF. During this time (my dad says it was 1943-44), he was shot down over the jungles of Burma. You see, during WWII, Indian servicemen were not just supporting the Allied powers, but also fighting their own: the Indian Nationalist Army.

The goal of the INA was to overthrow the British Raj. And because its founder, Subhas Chandra Bose, vehemently opposed Gandhi’s non-violent approach, he decided to do this by any means necessary.

And this meant, to him, teaming up with the Japanese to take advantage of WWII.

My grandfather was rescued by an elite force known as the Chindits. I don’t know – and didn’t think to ask – if he spent any time as a PoW, but I imagine being shot down was experience enough.

When India achieved Independence in 1947, it was not peaceful, despite its roots in Gandhi’s non-violent approach.

The newly-formed countries of India and Pakistan each wanted control of strategically-placed Kashmir, so what did they do?

Why, they went to war, of course. And they still haven’t figured it out.

During this time, my grandfather flew transport aircraft. I imagine it was not a lot of fun.

By this time, my grandfather was commanding Barrackpore Air Force Base, which is just outside the metropolis of Kolkata (previously known as “Calcutta”) and also where the first shots of the 1857 Indian Mutiny were fired.

While the war was primarily being fought on the Western front (since that’s where the India/Pakistan border is), all Indian bases were on alert.

I’m told my grandfather was stunned when he heard over the radio that there would be a blackout drill. And not just that it would take place, but when and where.

Presumably this was done to calm Indian citizens… or perhaps it was done out of sheer stupidity.

“Those bloddy fools!” My grandpa declared. “Now they know when to hit us!”

(I paraphrase, but that’s the gist of it.)

Sure enough, on the afore-announced night – which was moonlit – Pakistan sent in its jets, and as my grandfather was on the tarmac (a transport squadron was landing), he narrowly missed being hit by one.

Fortunately, he lived to tell the tale. Even if he didn’t tell it to me, at least he told it to my parents, and they, in turn, passed down the family folklore to me.

I am very lucky that so far, I haven’t experienced war directly, even though I live with the impact that war has on us every day. With India having been subjected to terrorism for years, long lines at airports, road blocks and increased scrutiny don’t really phase me. 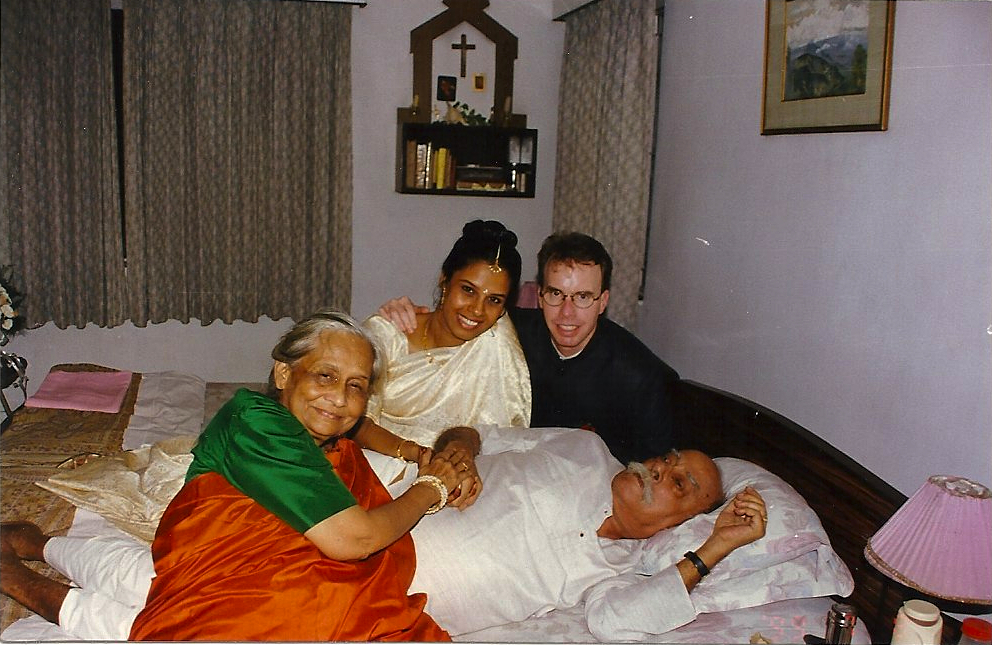 And while my grandfather might not have talked about his wartime experiences, there was no doubt – even to us grandkids – that they defined how he behaved every day.

He was one of the quietest people I ever knew, extremely humble, and most loving. I can’t remember ever hearing him raise his voice, and he had the patience of Job.

He was too ill to come to my wedding, so after the reception, we went to him, and that’s what you see here.

No doubt he knew the importance of seizing the moment, having stared Death in the face more times than he could count.

He was also one of the most disciplined people I knew. Until his health started failing (he suffered two heart attacks), he awoke religiously with the sun, had an impeccable work ethic and, above all, put family first.

I have adjusted – more or less – to the fact that I will not see my grandfather again, as he passed away in 2003.

But I think and dream of him often, and miss him more than words can say.

That is why I, today, Return the Favor.