In Memory of Hank 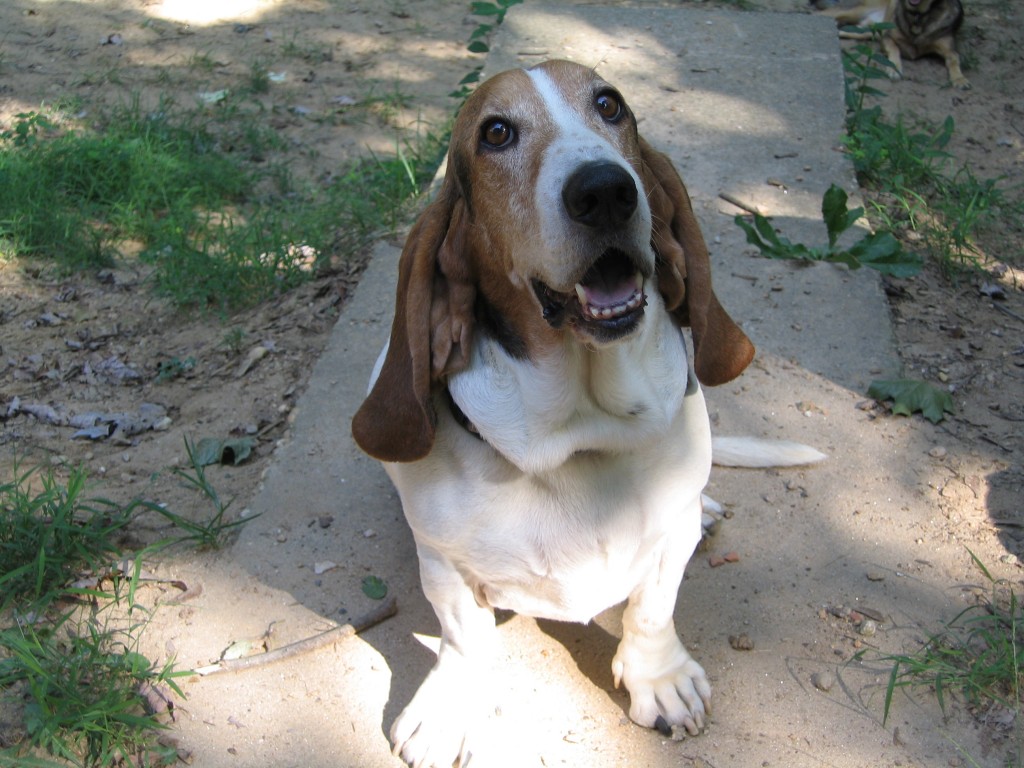 This is a personal post. So if you have the patience to put up with it, I appreciate it.

If not, we’ll be back to our regularly scheduled programming tomorrow.

Those of you who have pets know how much it hurts when we lose one.

Those of you who don’t probably think the rest of us are crazy. But to each his own.

The circumstances surrounding Hank’s death were extremely tragic, and it still hurts to think about them, so I won’t go into great detail.

However, I will tell you this: the saga started on April 17, 2008, while I was out of town on a business trip (I’d headed to New York just that morning).

That evening, while about to start dinner with friends, I saw several missed calls from my husband, and a phone message saying I needed to call him “NOW.”

My husband never, never leaves me messages like that, so I started freaking out.

As soon as I got him on the phone, he told me Hank was in a bad way, and had taken him first to our vet, and then to the emergency vet in a neighboring town (since our vet doesn’t keep critically ill or injured pets overnight).

Gone were my plans for work; I could think of nothing but getting home, and will always bless my friends who, seeing the utter state of panic I was in, started making phone calls to various airlines to see if there was a flight that would get me back to DC quickly… while also calling Amtrak and getting me into a cab to Penn Station.

It turned out that Amtrak was the best way for me to get back, so I managed to get a seat on the next Acela Express, and got home around midnight. It was the longest train ride I’ve ever taken.

My husband was exhausted, naturally. But that was nothing compared to what we’d go through the next couple of days.

Around 5 a.m. the next day (April 18), we got a call from the emergency vet, saying that Hank wasn’t doing too well, and did they have permission to start him on XYZ treatment.

Yes, of course, we said, and in fact, my husband had told them the previous night to do whatever they felt necessary regardless of the cost (the cost was why they called).

As soon as it was light, I started emailing and calling various colleagues with expertise and connections in the animal welfare world, to see what advice they could give me.

Our pet sitter was called into action to check on the other two dogs during the day, because we had no idea what we’d be doing, or if/when we’d be home.

Back to the emergency vet””because they don’t stay open during the day””to get Hank, who was still alive at this point, and take him back to our regular vet.

I’m no animal expert, but the one thing I could tell was this back and forth would kill Hank, if nothing else did.

So on the advice of a good veterinarian friend, we asked our regular vet for a referral to the nearest VCA animal hospital, which she gladly gave.

(The weird thing was that, I’d asked about specialty animal hospitals (which I was previously unaware of) while at the emergency vet, and the woman at the front desk mentioned VCA while also saying, “It’ll cost you $1,000 just to walk in the door.”

I remember thinking how odd it was that she would say that, when it was clear that we were desperate to find the best possible care for Hank.)

Off we went to VCA, my husband driving, me sitting in the back seat holding on to Hank and telling him to stay with us. It was one of the longest drives of my life.

When we got to VCA and I went to check Hank in, it was like something out of “Grey’s Anatomy.”

Talk about a sense of urgency.

They whisked Hank in as quickly as possible, and then we spent a few hours there while they assessed him, and started treating him.

Also thanks to my vet friend””who’d spent some time working at VCA a while back””we were given “special” visiting privileges, for which I will always be grateful. We were told we could come and go as we pleased; we didn’t have to abide by normal visiting hours.

And we were able to go in and see Hank for a bit as well.

After spending most of the day and, I think, part of the evening there, we went home. I’d call VCA every couple of hours if I didn’t hear from them and, God bless them, they didn’t mind at all.

And it was with a slightly lighter heart that we managed to doze off, because the last thing we heard from the vet on Hank’s case was that he was doing much better, and while she stressed that there was no guarantee, she sounded hopeful for the first time.

We actually managed to get some sleep.

And then, around 3 a.m. the next day, the phone call came.

Hank’s heart had stopped. They tried to defibrillate him, but it didn’t work.

When they were sure there was no hope, they asked our permission to take him off life support.

We headed back to VCA, and I will never forget the surreal quiet of that early morning.

Try as I might to keep calm, I started wailing when I saw Hank; wails I didn’t know I could produce.

My husband, who had always been Hank’s special person (and the feeling was mutual), comforted both of us.

We left VCA with a paw print of Hank, instructions on the cremation process, and came home.

My poor husband dropped into the sleep that comes with grief and exhaustion, but I couldn’t go to sleep.

So I did the only thing that made sense at the time.

I got online and emailed everyone who’d been in touch the last few days to tell them the end of the story, and to thank them for their help and consideration.

And then I got on Facebook, and created a photo album in memory of Hank.

I was crying (again) by the time I was done, but it was the only thing I could do at the time.

I didn’t have this blog.

But I had started using Facebook sparingly. So that’s what I did.

Maybe you’ll think it strange that that’s what I did.

But we all deal with loss in our own ways.

Some of us clam up and don’t talk about it.

Some of us find that it helps us to express our sorrow, even through social media.

I’m very glad that I did put up that photo album of Hank, because many of our family and friends who’d known him were upset.

And many of my friends and colleagues who hadn’t were equally upset, and it was a way for them to express their support.

There are no stunning social media lessons to be learned from this post. But it is another window into my life, for those who want to peep through.

After all, what better way is there for you to get to know me, and I you?

Isn’t that the whole point of social media… the point of connection?

So if you have read all the way through to the end of this post, I thank you.

If I lost you in the first few sentences, I don’t blame you.

He was the ultimate traveling companion.
[cincopa AsGASnq7AwZ0]