Why Facebook’s New Safety Measures Are an Improvement 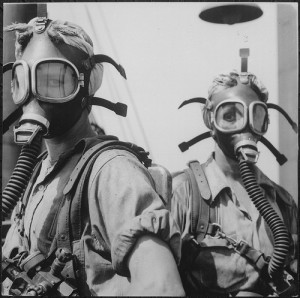 The chief complaints I hear about Facebook are about its safety and security.

Mark Zuckerberg and his team have heard the cries from the masses, and unveiled a bunch of new tools yesterday addressing these two issues.

I’ll let you read the post to get all the details, but I wanted to highlight a couple of the big takeaways that I see with this announcement.

This sounds a lot like the idea of community policing to me.

You are now able to do more than just un-tag yourself in a photo you don’t like.

Frankly, I can’t think of anything more offensive than being labeled a St. Louis Cardinals fan. The gall of some people!

Now, I can not only report the above picture as offensive and bullying, but I can automatically block whomever is bullying me.

This can be reported to both Facebook as well as a trusted friend; whomever that may be for you.

I think this amounts to a crackdown by Facebook on the problem of online bullying, and I’m incredibly happy to see it take this step in particular.

I work with kids on a daily basis and, fortunately, don’t witness bullying very often because the kids I work with are great.

However, it’s naÃ¯ve to think it isn’t happening, and bullying in the social media space is a natural progression of the experience of growing up.

Teasing and poking fun are one thing. Harassment and intimidation are quite another.

This is another step in the right direction for cracking down on spammers and hackers by Facebook, which is slowly being rolled out.

If you turn on this feature, you’ll be asked to enter a special code in addition to your password when you log in to Facebook from a new device.

I like this a lot. I’ve argued in the past that your safety and security on Facebook is your own responsibility, and I still think that’s the case.

However, I’m never opposed to Facebook giving us more tools to keep us and our families safe online.

So what do you think? Are these steps good enough? Do they go far enough?

And the big question: what can we do as professional communicators to stamp out online bullying?