Of Royals, Dreams and Social Media 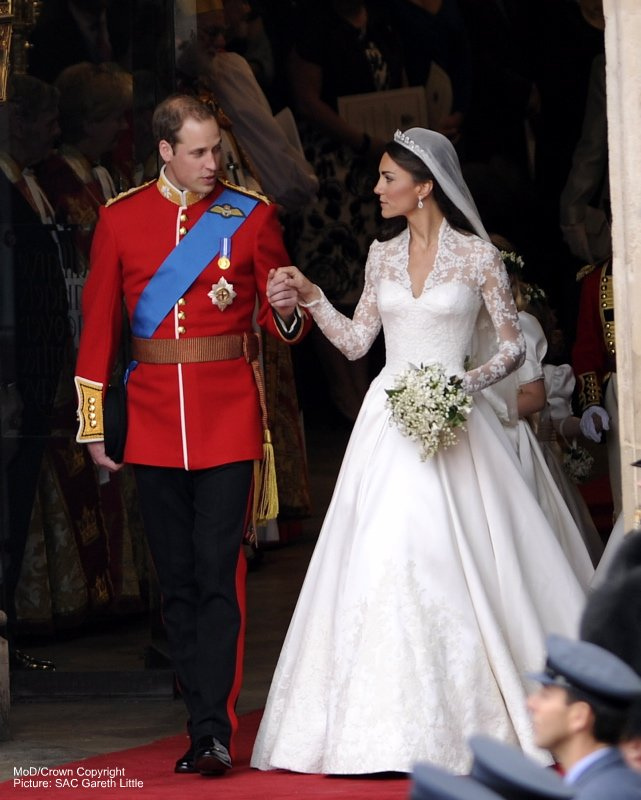 Did you get up early in the morning on Friday (or stay up late) to watch the “event of the century” aka Prince William’s wedding to (then) commoner Kate?

I confess, I did.

When I was quite a wee girl, I was fascinated by the hoopla surrounding the then event of the (20th) century … the wedding of Prince Charles to Diana Spencer.

I didn’t live in India at the time; because of an overseas posting my father had, we lived in Sri Lanka.

And even though it was thousands of miles away from the United Kingdom, people on that side of the world were equally fascinated by the unfolding of many little girls’ fantasies …

… to marry a prince and live happily ever after.

I remember making a scrapbook of the Royal Wedding, and watching, mouth agape, at the pomp, ceremony and pageantry.

And, of course, The Royal Kiss.

Friday’s event had quite as much pomp and circumstance.

But thanks to social media, pretty much anyone with an Internet connection could participate.

As I wrote in my BNET post this past week:

I didn’t watch the wedding on YouTube, but on NBC (though I later saw that PBS was broadcasting the BBC’s feed, and could have kicked myself for not finding that out earlier, because it was so much better).

But I did have a little bit of a chat with various Twitter and Facebook friends leading up to the wedding, and after.

Can someone please tell me what in God’s good name Princess Beatrice decided to put on her head?

Not to mention following a couple of hilarious Twitter feeds, particularly that of @Queen_UK and @PrincessKateFTW. 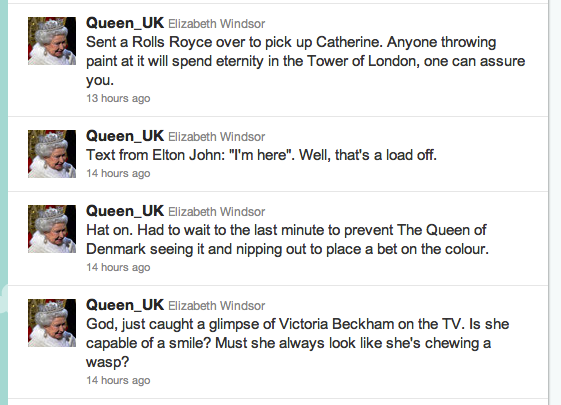 And what I could sense – even though I was far, far away from the event’s physical locale – was the excitement, pride, wonder and joy that most people were feeling, and expressing.

It didn’t matter who you were, where you were, what you did or didn’t do … it was as close to a fairytale as you could get, and we loved jumping from one page to another.

Of course, the cranky pants brigade was out as well, but you’ll have them anywhere.

There are some terrible things happening in the world right now.

And we don’t pay nearly enough attention to them … perhaps because our human shock absorbers can only take so much before they break us down completely … or perhaps because we are so wrapped up in our own little lives and worlds, that nothing else seems as important.

I believe that collectively, we do need to pay more attention to the tragedies and devastation that occurs on a nearly daily basis, and do what we can, even if it’s in a really simple way, to make life better for someone else.

But I also believe that collectively, we should find joy where we can, and give joy when we can.

The Royal Wedding did that for me. And for so many others as well.

Thank you, Will & Kate, and God Bless.