There’s No Such Thing as Too Small 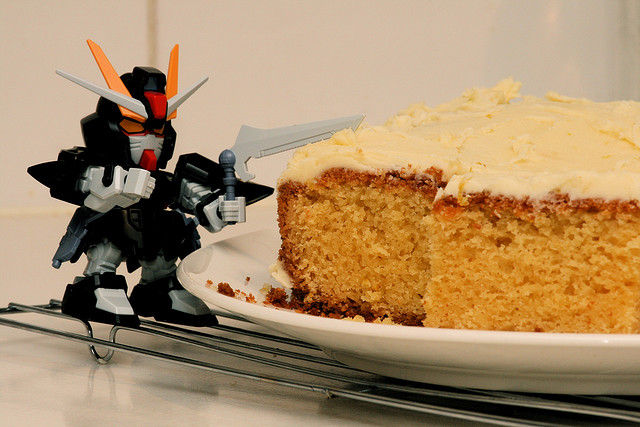 If there’s anything that gets my goat, it’s anyone thinking – or being made to think – they’re “too small” to do/get anything.

A few days ago, I realized that the PRWeb subscription I had through Vocus was up at the end of July. The package I had entitled me to issue X number of news releases… and I’d used maybe 30% of them for my work/clients.

So when I spoke to my PRWeb rep the other day I asked if, instead of letting these releases go to waste, I could offer them to my friends in the nonprofit community, as a way to pay it forward. They told me to go for it, so I posted a brief note to a couple of Facebook groups, asking people to get in touch with me via private message/email if they wanted to use what would essentially be a free news release distribution for their organizations/clients.

One note in particular really touched me. Without revealing who it was from (to respect that person’s privacy), it said,

“… It’s a small release with a small footprint, so if you have someone else with a bigger, more important announcement that can make use of your offer, then by all means pass on this one.”

What makes anyone – or any organization – “more important” than any other?

Is it because one makes more money than others?

Is it because one has more celebrity supporters than others?

Is it because one has more “influencers” behind it than others?

Yes, we all prioritize things, and some are more important than others for us. That depends on our personal preferences.

But when it comes to taking an opportunity to inform its audiences, I hate to think an organization – especially a nonprofit – might consider itself so small, essentially so unworthy, that it wouldn’t do so.

If it’s a release about news that really doesn’t offer any benefit to its stakeholders, ok, then don’t send it out (how many news releases have you seen announcing new staff, VPs, etc., and you just roll your eyes? Those are the unimportant ones; they’re basically ego boosts).

But if you’re launching a service that can make someone’s life better, even if it is targeted to a relatively small geographic community… that’s exactly the kind of thing that community needs to know about!

And in my opinion, it’s even more important for these “small” organizations to take advantage of gifts and offers such as the one I made. The “big” ones have the money to pay for things like wire services.

Frankly, if I’d received so many requests to avail this offer and had to prioritize them, I’d have prioritized the smaller organizations over the larger ones, for precisely that reason.

(By the way, I still have a few left, so if you work for a nonprofit or have a nonprofit client that could use such a distribution, please let me know via email. Remember, there is no catch, but you must be able to use this before July 31, because that’s when my package expires.)

If you work for a “small” organization or have “small” clients, please know: there is no such thing as too small. The only place you’re too “small” is in your perception of the work you do and/or yourself.

And you must change that perception before you can start to change your world.