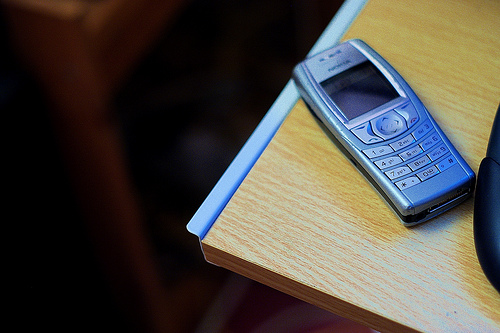 It’s a familiar phrase to people of my generation.

“You have no new voice messages.”

Working within PR, and particularly in media relations, I’ve found that voice mail is bordering on pointless.

There’s no reason for me to leave a voice mail on somebody’s mobile phone (or landline), not when I can text them, email them, Skype them, tweet them and Facebook them – all far more effective than leaving a voice mail.

I have one journalist friend who, upon starting a new job, decided to let his voice mailbox fill up so he didn’t have to ever listen to them (it only took two days, so perhaps I’m out on my own here with never leaving them).

Others I know just sit and repeatedly hit delete, never listening to the full message. This, I imagine, allows them to make room for more messages they won’t listen to.

So why don’t I leave voice messages?

There isn’t any point.

When pitching stories to journalist, a voice mail will never work.

If it’s someone that knows me, they will see that they have a missed call from me and call me back (or perhaps not, depending on the relationship).

It’s also blatantly obvious that the more that we grow into Web 2.0, the more opportunities it affords us to get in contact with people.

The more I become immersed in the world of media relations, the more I realize that every journalist is different and each requires different means of communication, and leaving voice mails is rarely asked for.

Case in point: Renai LeMay is a well-known technology journalist and publisher in Australia, known (at least in the circles I inhabit) for his occasional rants against PR people (his rants having somewhat of a cult following, and even their own hashtag – #renairant) and his abhorrence of telephone calls.

He started a Google Group of FAQs, one of which contained a document called “how best to contact me.”

He describes the phone (and I imagine this applies to voice mails) as “a venomous insect and a waste of my time — as indeed it is.”

While I almost always call people to introduce myself unless directed by someone not to, I also see voice mails as a waste of everyone’s time and actively work towards what the journalist wants.

After all, my job is to find solutions that benefit the journalist and the client.

As I said earlier, though, it could just be me.

After all, it took two days before my friend’s inbox was full, so there are clearly a lot of PRs who are still leaving them.

Or is this just me overthinking a topic that doesn’t need to be thought on?