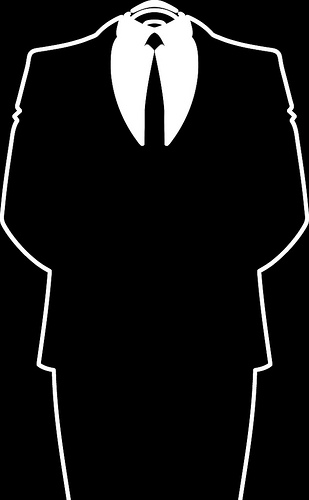 As time went on, and I started working in the social media industry, I was faced with a conundrum.

I liked my anonymity, but I had to practise what I preached.

So I created a more professional Twitter account, with the intention of making a grand announcement one day.

I had it all planned out; I would tweet my real identity, and all my followers would shift to my professional profile, and all would be right with the world.

But I kept putting it off, and now I don’t think I’m going to do that anymore.

I don’t tweet anything insulting or horrible, but there are times when I don’t necessarily want my identity to be known.

Also, with tweets becoming increasingly prominent on search engine results pages, it’s probably best if song lyrics in all caps don’t pop up when someone Googles me.

2. My anonymous account may be frivolous, but I built a certain brand around my anonymous self.

I’m strangely attached to it, and I’m not sure that I want to throw it away.

3. There’s no guarantee that all my followers would move to the professional account.

Or half of them.

Or any of them.

4. The beauty of having two accounts is that you can follow twice as many people.

I wouldn’t have thought that I needed to follow 4,000 people, but I’m not far away from that total “following” count now.

This micro-blogging duplicity is nothing new, and has been covered in detail by Jens P. Berget, and also by Social Media, Esq.™.

Here are some of my firsthand observations:

1. People engage with you more when you have your face as your avatar rather than an arbitrary picture or logo.

2. Gaining followers is much easier when you have your face as your avatar, and a descriptive Twitter bio.

I suspect that I gain followers twice as quickly on my personal Twitter account than my anonymous one, while tweeting half as much.

3. I’ve found myself struggling on my professional account to do the things that I do so well on my anonymous account, such as actually engaging with people instead of just retweeting and tweeting articles about social media.

4. Some people have figured out that the same person maintains both accounts.

It’s not exactly a secret, but it’s funny that some people engage with both my profiles and don’t know that it’s the same person.

Or maybe they suspect and haven’t let on.

In general, I would recommend having two accounts.

Sure, it’s more work, and the constant,”Which account should this come from?” questioning can get tiresome…

… but I think I’d be missing out if I merged my accounts, or got rid of one.

Sanjiva Persad is a London-based social media marketer and copywriter who specialises in helping small businesses build their brand online. His home on the web is sanjivapersad.com. He also blogs and tweets.