[Ed: The tradition of arranged – as opposed to “love” – marriages has been practiced in India for centuries, and is still a thriving and commonly accepted practice on the sub-continent. A relatively recent proliferation of matchmaking sites is bringing the tradition in step with the tech age.]

Most of you reading this post have, or will go through, a phase in life where it seems the only goal of your friends, family and strangers is to get you married!

That’s when you get anti-social, run away or hide from family get-togethers, parties and weddings. People around you suggest uploading your profile to matchmaking sites, so as to find the best fit in a potential life partner. But little do they realize or understand that it’s not just about finding “a suitable boy” (or girl).

It’s about finding someone with whom you’re so compatible, you can imagine spending the rest of your life with them.

Recently I came across TrulyMadly.com, a modern day matchmaking service that claims to effectively use science and psychology to find suitable matches. The website offers a new way to connect with like-minded individuals who are looking for serious relationships.

At first, I wondered how different it was from other matchmaking sites like Shaadi.com, Matrimonialsindia.com or Jeevansathi.com (which I personally have very little experience of). But my perception about such sites in general changed when I came across a unique and very promising campaign by TrulyMadly called #BreakingStereotypes.

It made me think that, perhaps, matchmaking sites aren’t such a bad way to meet your dream boy/girl after all.

What makes TrulyMadly stand out from the rest of these sites, is that it matches people’s profiles based on who they are and what they are looking for, instead of the traditional matches based on caste or location. The campaign was aimed at disproving stereotypes, thereby supporting compatibility and personal interactions among individuals.

The campaign introduced 10 fresh stereotypes a week. Each stereotype was illustrated using photographs, articles and tweets, which also frequently used humor. And what they did was to refute the cliched opinions we form of people, based on superficial elements such as the colors they wear, and the work that they do.

Check out a few #BreakingStereotypes which created quite the buzz: 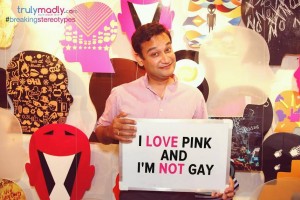 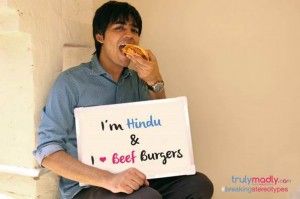 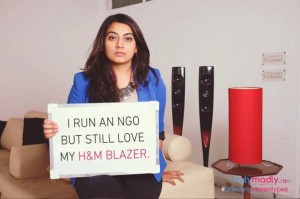 #BreakingStereotypes ran for five weeks. Over this time, 53 different stereotypes were posted about, which reached over 1.1 million people through social media. According to reliable sources, 90,000 people engaged with the brand on Facebook and over 9,000 interactions were recorded on Twitter by 375+ participants. And, most interestingly, a 330% jump in unique users on TrulyMadly was observed over a span of a month.

It’s fascinating to see how social media is taking over every aspect of our lives.

There was a time in India when people didn’t believe in such sites, and the only way to find the right fit in a bride or groom was through suggestions from extended families and friends. And what TrulyMadly has done is to get a step ahead of the competition, as people have become more tech-savvy and started using matchmaking sites, taking advantage of the way we live our lives in and through social media.

The #BreakingStereotypes campaign gained a lot of attention in the virtual world. What do you think it will take for it to gain traction offline in what is still a fairly traditional society?

Account Manager at Cohn & Wolfe Six Degrees
Ancita Satija has a Masters degree in Public Relations & Corporate Communications from the Xavier Institute of Communications, one of India's best school for communications & media studies. With a keen interest in social media, she blogs regularly at In My Humble Opinion...; other passions include singing (professionally trained for over a decade!), reading and traveling. Learn more about Ancita via her About.me page.