Memejacking: How to Get Started Marketing with Memes

No matter how old you are, it should be clear by now that there are certain things that are “quintessentially Internet” – that is, they belong to the people who were raised on the Internet, in all of its omnipresent glory. Memes are one of those things.

For most of us, memes are a trifling way to spend the day: a source of laughter or, albeit less frequently, inspiration. For marketers, memes may have come to represent something very different: an “in” with the “Internet culture” crowd.

What we’re talking about here is memejacking: another of those made-up-sounding words that has come to have a welcome place in the marketer’s toolkit.

So what is memjacking, and how can you make it work for you?

It would probably be useful to cover the basics first, such as: What’s a meme?

Whether you’re familiar with the word or not, you’ve undoubtedly come across them in your Internet travels. A meme is anything that spreads via the Internet: a concept, idea, or, very often, a video or image. For our purposes, we’re going to focus on visual memes, such as the famous Rage Face or Scumbag Steve.

Memejacking is, quite simply, the appropriation of these memes for marketing purposes: that is, hitching your brand’s proverbial wagon to content that’s already popular and instantly recognizable.

Why Does It Work?

We’ve covered the most important reason already: memes are popular. Really, really, popular. In the parlance of our times, memes are already viral: they’re engaging and fun, and perfect for sharing with friends and family.

Memes are also perfect for use on social sites. Marketers hear all the time about how they should double-down on their creation of visual content. Why?

Because social media is the future of marketing, and seemingly made for the fast dissemination of visual content.

Memes are a perfect way to cash in on existing viral trends. Memes attract shares, links, Likes and +1’s.

Anything that’s as at home on a soccer mom’s Facebook profile as on a fraternity brother’s is probably a good thing to bet on if you want to increase your readership or customer base.

Who Can It Work For?

The easy answer would be “anyone,” but the better answer is “anyone who understands how memes work.”

If you need some inspiration from a perhaps unlikely place, look to Havahart.

They have a history of using memes not only correctly but thoughtfully, showcasing their humane animal trapping products in action or just appealing to their community of animal lovers.

If you want a great example of a viral video that took its inspiration from a popular meme, look to Abercrombie.

Their use of viral sensation “Call Me Maybe” has captured tens of millions of views on YouTube.

Mosquito Magnet have proven themselves very talented with appropriating popular memes for their fans. They also post trivia and news stories related to the pest.

Wonderful Pistachios is another great source of inspiration, thanks to their use of pop culture icons and fan-favorite memes like the Honey Badger and keyboard cat.

How to Get Started

The most important thing you need to do is to familiarize yourself with the most popular Internet memes. Nothing will kill your efforts faster than your fans pointing out that you’ve misused a meme, so make sure you understand the context and the history of the memes you want to use.

Also be sure to always give credit where credit is due if you sourced the image from elsewhere, and don’t break any blatant rules in the process.

From there, it’s a matter of finding a meme generator to use, of which there are many. A perpetually popular site is QuickMeme, which offers fast and easy meme creation with built-in sharing features.

After that, it’s up to you. Memes might sound like a marketing “silver bullet,” but a great deal of their success will depend on your creativity and sense of humor. Remember to have fun with it, and the Likes will be pouring in in no time. 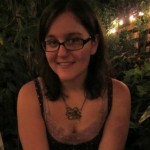 Adrienne Erin is a freelance writer and social media marketer who loves to pick apart ad campaigns to see what makes them tick. She also writes for Muck Rack, Socialnomics, and SiteProNews. In her free time, she loves practicing her French or getting lost in a good book. You can get in touch with her by following @adrienneerin on Twitter, or by checking out her design blog.