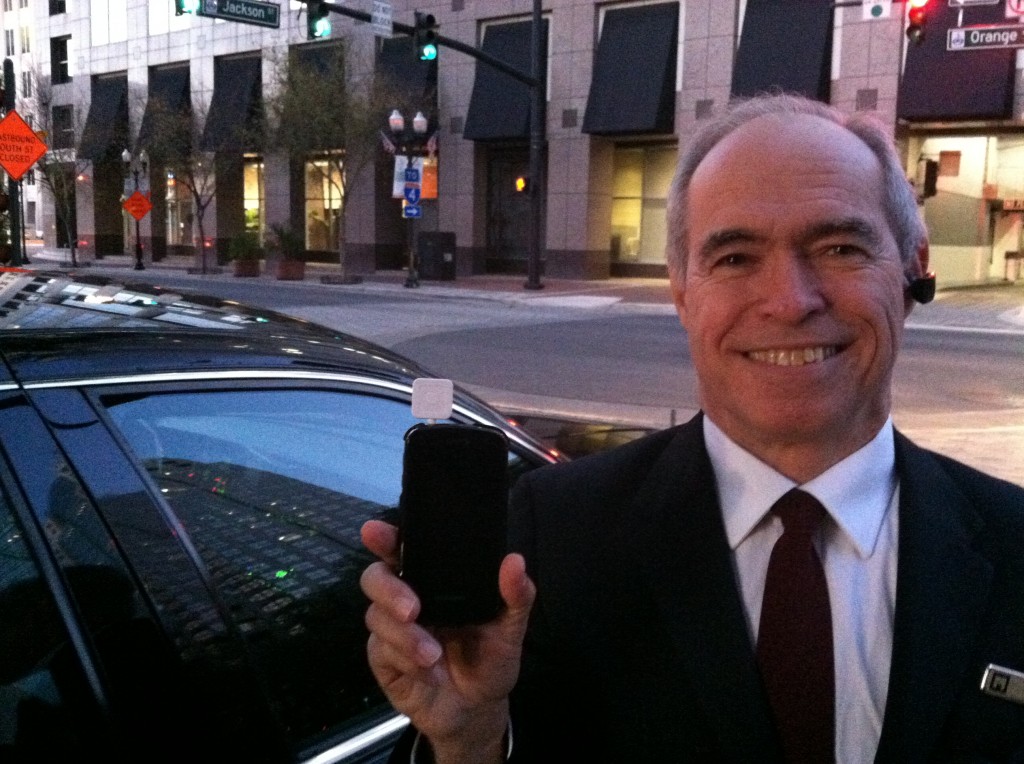 Remember how I traveled to Orlando, Fla., a couple of months ago?

Well, if you don’t remember… I did. And I had a blast, talking about measurement.

The PRSA Orlando chapter took excellent care of me; and as part of the arrangements, they organized a car service to pick me up from my hotel and take me to the venue at which I was speaking.

Even though it was really early in the morning, I had a terrific car ride… not least because Rick Henry, the operator of the car service (or, at least, the car I was being driven in) had a lot to say about how he, a small business owner:

Is using (or not using) social media to drive his business

What really grows his business (hint: it’s a 13-letter word starting with R, ending with S, and contains the words “at” and “ship”)

Is using new technology that is the darling of the social media crowd, to truly operate his business on the go, even though he doesn’t think he “does” social media.

Have a look at this video to see what I mean. It isn’t too long (slightly over three minutes).

And please excuse the lack of light/occasional shakes; I filmed this from my iPhone as we were driving, so all things considered, it’s not too bad.

Rick is really growing his business in a very smart way, isn’t he?

using good (and regular) communication with his customers,

adopting the technology that will make his customers’ (and therefore his) lives easier;

If Rick can do all that with a driver license, a smartphone and a small, square chip…