The Libyan Revolution As Seen From Malta 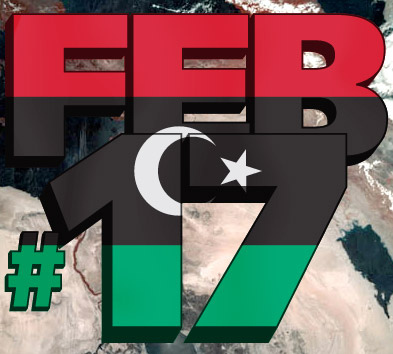 that just 18 days ago I was flying out of Tripoli and leaving it as a city in what appeared to be total tranquility.

Everyone I had met in Libya was fully aware of events in Tunisia and Egypt and yet no one seemed to think it would happen there too.

Looking back, perhaps they were just being careful.

The recent developments have meant that our own work in Libya has come to a standstill.

More importantly, our Libyan colleagues and their families are still in the country, making this a very difficult time not just from a business point of view.

Making contact has been possible but is increasingly difficult.

The difficulties of access and communication have also clearly had an impact on the media’s ability to report accurately on the situation.

Unlike Tunisia and Egypt, journalists have had a hard time getting into the country. Checking the facts has clearly been extremely difficult.

The media have not done themselves too many favors…

These have included the supposed imminent arrival of defecting Libyan warships and of Gaddafi’s daughter Ayesha, both of which turned out to be false.

The fact that these inaccurate stories emerged here in Malta, where standing things up is easy, just goes to highlight the fact that in a fast-moving situation where the media is hungry for something new to say every 15 minutes, getting things right is already difficult.

How much more difficult must it be in the actual conflict?

It’s also been interesting seeing how events in Libya have been reported in Malta.

While the Libyan ambassador to Malta was giving a press conference a few days ago, I was following @calperryAJ on Twitter, providing real time updates on whether embassy staff here were going to follow many of their colleagues around the world and support the protestors.

The use of Twitter among Maltese journalists is still quite rare and I have seen few examples of live-tweeting from events.

Being close to a global news story may just be the catalyst needed for more media here to realize its potential as a news breaking tool.

Another interesting aspect has been watching who is collecting and publishing information.

By following people on Twitter and talking directly to Maltese nationals who live and work in Libya and their relatives, bloggers like @planetmona have competed with the country’s traditional media.

Unburdened by the machine of a news organization, blogs have managed to be the first to publish information about Maltese in Libya, leading to a few spats about giving credit to who the source of a particular story is

This is all, of course, familiar territory for most people reading this blog.

But it has certainly been fascinating to watch it unfold in this particular context.

It will be interesting to see what, if any, longer-term impact being near the center of a media storm will have on how Maltese media operates in the months ahead.