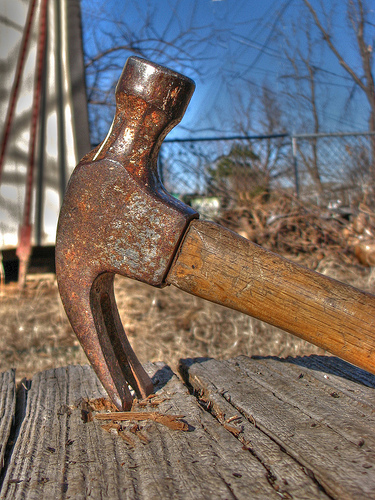 We’ve talked a lot about influence this week.

So without further ado, here are seven posts I think you should read if you’re trying to figure out this whole influence thing along with the rest of us.

Just in case I haven’t hammered it in yet.

1. 4 keys to increasing your Klout score, by Trey Pennington.

Why: here’s a hint: they’re not really the four keys.

2. Could measures for relationships work for influence? by Sean Williams.

Why: Sean is one of the smartest guys around. He got clout.

3. Klout needs to target and segment for it to work, by Gini Dietrich.

Why: Let’s put aside the fact that I think Gini is totally awesome and that she had me guest post on Spin Sucks this week.

But this is exactly why I get worried when people take Klout scores at face value.

4. The problem with Klout: an infographic, from Mark Schaefer‘s {grow}.

Why: if it takes an infographic to show you why this is a problem, Mark hit the jackpot.

And I also like the fact that he gave Steve Farnsworth credit right. Up. Top.

5. Klout as a tool for community managers: why I don’t buy it, by Maggie McGary.

6. The problem with influence scoring platforms, by Justin Goldsborough.

Why: This is at the heart of the issue that most (all?) of us have with such platforms. Without context, they are nothing.

7. Should we be keeping score on Twitter? Klout thinks so, by Mathew Ingram for GigaOm.

Why: I don’t usually include SM-related “blawgs” in my roundups, but this is exactly why the one-track focus on the score irritates me so much.

Are there other influence – and Klout – related posts you’ve found fascinating and/or worth a read?