The Secret Behind Good Networking 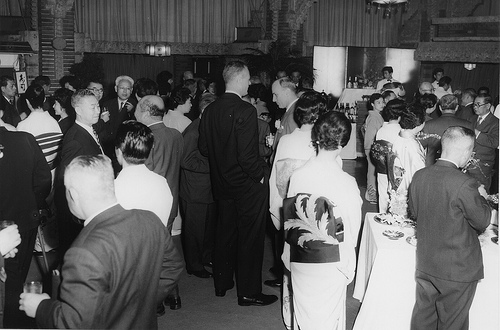 I hear a lot of people talking about networking.

How to do it, what are the do’s and don’ts, how much booze can I drink at a conference, on and on and on the list goes.

There’s a dirty little secret in the communications world though:

Networking is a joke.

I’ve come to this conclusion after really thinking about what “networking” means.

The general concept I get is walking around a room, drink in one hand, stack of business cards in the other, trying to meet as many people as possible.

It’s funny that in most areas of communication, we offer the advice of “quality, not quantity.”

Why shouldn’t it be the same when it comes to making connections?

As of this writing, I’m following just more than 700 people and I have in the ballpark of 1,200 followers.

That’s nothing compared to other giants in our industry like the proprietor of this blog, Sarah Evans, Lauren Fernandez, Justin Goldsborough, Heather Whaling…

I could go on, but you get the picture.

It’s much more important to me to have a high quality network than a high quantity network.

Going to a conference with the express purpose of handing out the 500 business cards you take with you is a horrible idea.

I’d rather take 50 with me and make solid connections that I think will bear fruit; and if I give only 10 of those out, I’m fine with that because I know those 10 people will remember me.

If you’re at a conference like South by Southwest Interactive, just think about how many people are there.

All the stuff they’re carrying around, and just where are they going to put that precious business card of yours?

In the trash can most likely.

However, if you shrink your focus and set a goal of making five contacts that will increase your business or network in a substantial way, you’ll be far more successful.

Why? Because those people will remember speaking with you.

Of course, all of the rules of don’t drink too much, don’t be a creeper, do be friendly and open, do go out of your way to talk to people you don’t know all apply.

To be clear, I’m not saying you should make a list of five people you’re going to make a real impression on before you head out for conference du jour.

Go to the social hours.

Go to the sessions.

Meet and talk with a wide variety of people.

What I am saying that you don’t need to hand out your card to everyone you meet.

You are valuable, which means so is your business card.