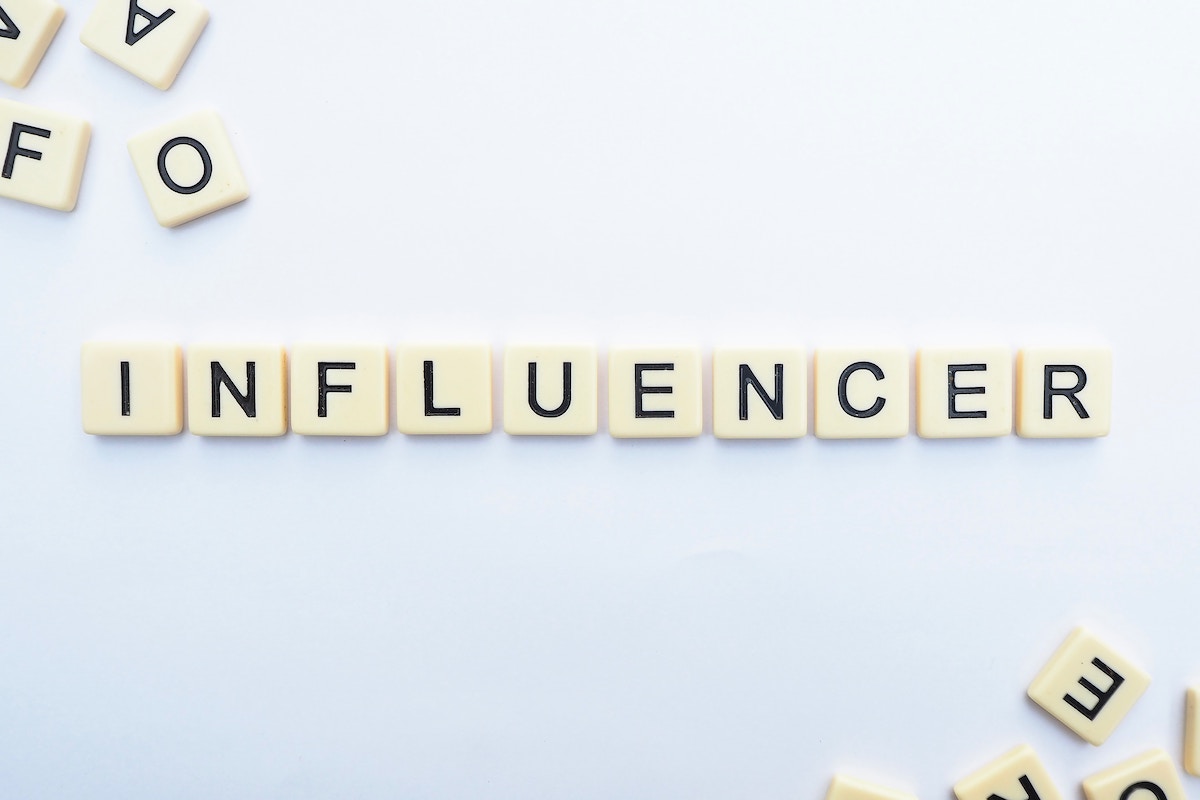 Influence by definition means the capacity to have an effect on the character, development or behavior of someone or something, or the effect itself. Which makes sense given that influencers bridge communications with your publics and help define the public’s attitude and behavior toward your organization’s mission and purpose.

In 2017, my organization, Goodwill Industries International, then a 115-year-old social enterprise; one of the oldest 501 (c)(3) nonprofit brands; the leading workforce provider in North America; and the #1 brand doing the most good by enso and featured in Fast Company Magazine – faced a pretty significant challenge. People knew our name and our physical presence was strong, but there was a disconnect – they didn’t know what we do, and we lagged behind competition for donations in areas of trust of our mission.

Additionally, lack of brand awareness during a time of increasing “fake news” presented issues as there were some viral rumors questioning our nonprofit status, and operating and managing functions. As a solution, I partnered with the University of Maryland undergrad communication classes to create a mid-term exam focused on this situational analysis. From there came recommendations to refresh our brand, and broaden our base of supporters to include millennial and Generation Y bargain hunters – as the fastest-growing customer demographic, with the highest shopping frequencies and the most disposable income.

Blurred Lines between Influencers and Brands

Forbes has found that today’s marketing strategies place a strong emphasis on influencers. According to influencer marketing platform Musefind, 92 percent of consumers trust an influencer more than an advertisement or even a celebrity endorser.

Goodwill® is unique in its business model, so we approached influencers with an intentionality to reach key target audiences during our significant seasonal campaigns — Halloween, back to school, end of year, spring cleaning, Goodwill Industries Week and most importantly, National Thrift Shop Day. As a first step, we reached out to Jenn Im, Korean-American fashion and beauty vlogger, and fashion designer, best known for her YouTube channel, previously titled ClothesEncounters.

Influencers are a critical component of an effective communications campaign. Your community, your influencers and your customers define your brand. When it comes to influencers, building the right relationship means finding someone who will have the best benefit for your brand, who has the thought leadership and dedicated followers that can build trust and amplify your message.

A successful influencer is able to foster a strong sense of trust among viewers. This encourages a high level of authenticity and transparency, something Goodwill needed to effectively reposition its brand. Take, for instance, three of our most recent engagements, with mission- first messaging:

Cammie Scott, a self-care, wellness and beauty expert teamed up with us on our #BringGoodHome campaign to style her friends and shop. She also interviewed a program participant served by Goodwill as part of that. Her content had more than 39,000 views and more than two million engagements. 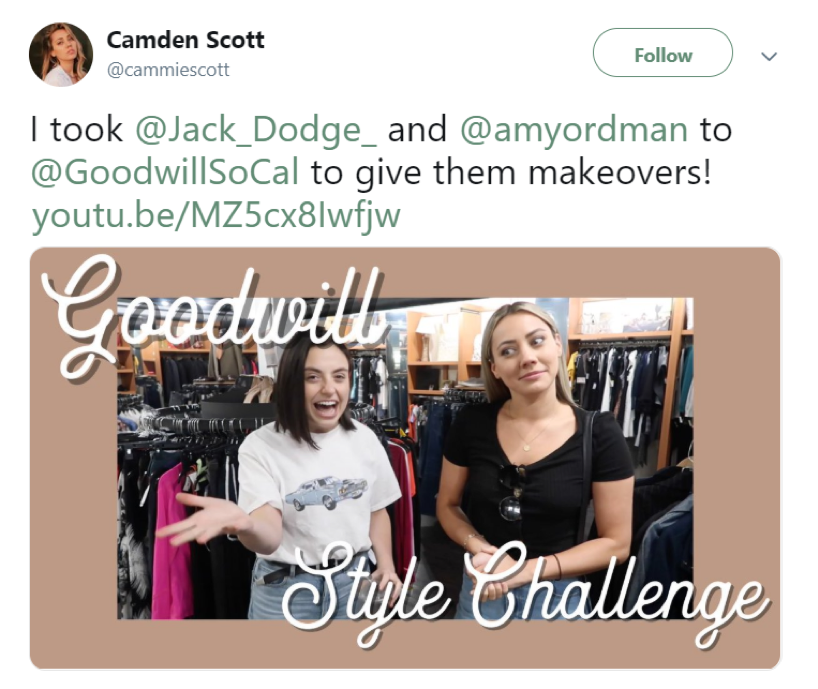 Alex Centomo, beauty, fashion and lifestyle expert, who thrift shopped while on her honeymoon, integrated mission messaging from beginning to end during her engagement with Goodwill.

Additionally, Jamé Jackson, style and beauty writer for Buzzfeed, created several assets, including a holiday shopping video that was placed on Buzzfeed’s As/Is’s story, which has an audience of more than 303,000, and a highlight reel on her page but most importantly, a sign language video demonstrating how Goodwill serves as a social enterprise funneling its retail revenue right back into local communities to serve people with disabilities and disadvantages.

While influencers may have a strong reach or following, their authentic use of storytelling allows them to meet the needs of a specific audience, and it is through our engagement and activation that we are able to find influencers who best fit our values.

We approach influencer activation, much as we would spokesperson activation. Our goal primarily is to drive desired behavior change, not just amplify reach. We analyze and identify who influences our customers, where they are and why they are influencers. Selected influencers receive our key messaging and voice and tone guidelines, which they may tailor to align with their own brand presence. We ask for specific hashtags to be used, and provide suggested social copy and handles to ensure mission-centric messaging. We also request one round of approval before the content is posted publicly.

We select influencers through media monitoring tools, such as Talkwalker and Cision, resources such as Influencer Marketing Hub, Scrunch and InfluencerandCo., manual social media searching, local news, niche publications, community events, etc., channel and content optimization, and diversity and reach across audiences. We also look for red flags such as use of profanity or promotion of competitors, to ensure that we are approaching someone that will be a natural fit.

Influencer marketing will continue to be the norm and as such, we only work with influencers who truly understand and resonate with our brand’s voice and mission. Our ultimate goal is to build a long-standing relationship and learn from one another to grow and maximize our mutual audiences.

As with any two-way relationship, we’ve learned some valuable lessons along the way:

Since our implementation, we have secured 14 influencers in the areas of home décor, DIY, fashion and style to launch Goodwill’s first influencer strategy to promote brand, mission and retail messaging via social media generating more than one million impressions. We increased our Instagram followers by more than 200 percent as a result of influencers tagging our account.

Additionally, more than 30 percent of comments received on influencers’ posts have related to their audience being educated about or inspired by our mission, and as a result, they began supporting us. Most importantly, our influencer assets receive an average of 8-10 percent engagement rate, five percent above the average industry standard. 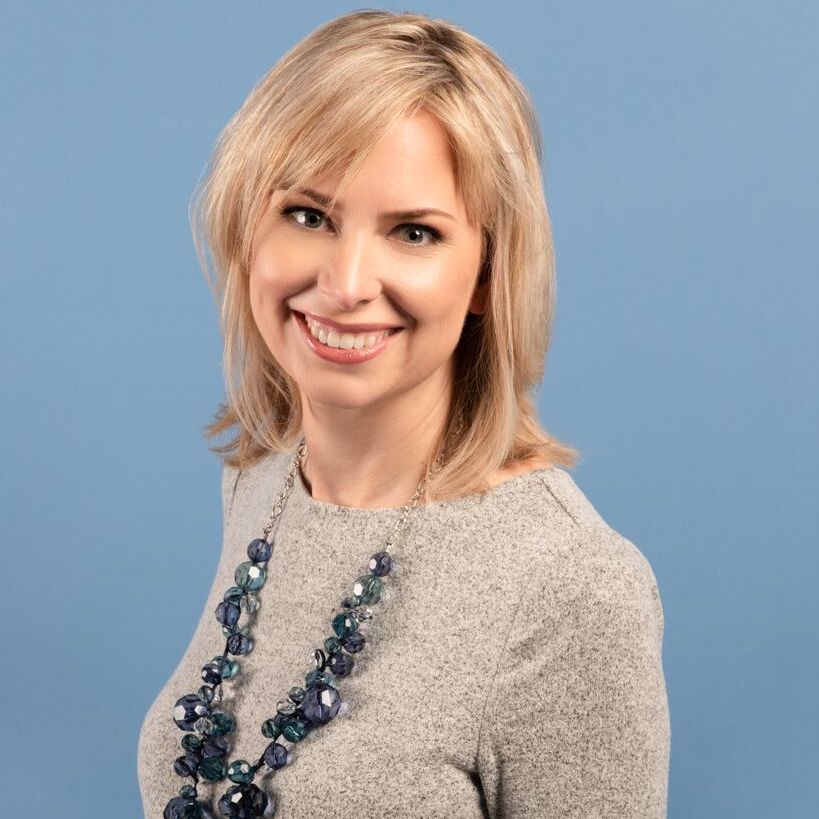 Lauren Lawson-Zilai is an external communication executive for Goodwill Industries International. As spokesperson for Goodwill®, she has been quoted frequently in the media including, the Associated Press, Chronicle of Philanthropy, Elle Magazine, FOX, MarketWatch Radio, The New York Times, The NonProfit Times, People, and USA TODAY. Lawson-Zilai’s purpose-driven communications initiatives have received award recognition from PRSA, PRSA-NCC, PRNews, WWPR and the Greater Washington Women’s Network. Connect with Lauren on LinkedIn or Twitter.