Why Suing Old Navy Is Bad News For Kim Kardashian 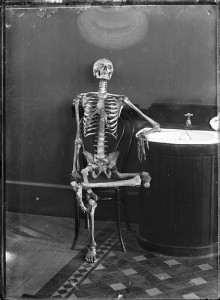 Ms. Kardashian is suing Old Navy because it aired an ad in February starring a model who, she claims, looks like her. You can see the ad here.

While this is all ripe for comedy fodder, and there are a million jokes out there (my personal favorite was found in the comments of the ad on YouTube: “The next step is suing all women for having boobs.”), I’m going to attempt to discuss this in a serious manner.

Celebrities like Kim Kardashian have a tenuous hold on fame.

She rose to be a recognizable name in large part due to a sex tape. She has a reality show about her family, none of whom (other than her father, a famous attorney), as far as I can tell, have any discernible talent. She’s been a model and I think a movie or two.

The large majority of the demographics that shop at Old Navy and watch “Keeping Up With The Kardashians” coincide. Attacking a store that millions of Americans depend on for (relatively) cheap  clothing for their families is not the best PR or marketing strategy.

This legal move makes her appear self-entitled, greedy, and self-important. In other words, if she wins the lawsuit, she may get $15-20 million, but she’ll do some serious damage to the image she’s trying to protect.

In fact, in my opinion, she’s already damaged it in even filing the lawsuit.

Sometimes, you have to pick your battles.

I find it difficult to see the motivation behind filing the lawsuit. If it was a big deal to her, she should have filed suit immediately after the ad began airing; and, in my admittedly non-legal opinion, her lawyers should have sent Old Navy a “cease & desist” letter. To do this now comes off, it seems to me, as petty, cowardly, and more than a little self-important.

Of course, I imagine the fact that the “look-alike” is dating her ex-boyfriend Reggie Bush has nothing to do with it either.

So, what do you think? Am I way off base here? Can Kim survive the wave of negative sentiment heading her way?