You’re Fired. You’re Hired. It All Works Out. 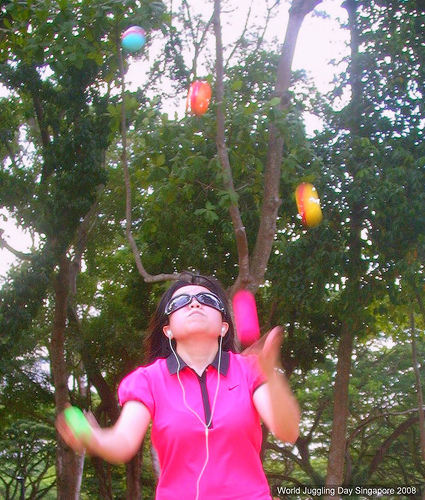 It’s been an interesting couple of weeks. You know how I made a big to-do about writing for BNET?

But quite recently, I was also asked to join the Socialbrite team as a contributing author and “expert.”

Neither of these are (were) paid gigs. Both of them are (were) ego boosts, in the sense that my name would appear in places other than Waxing UnLyrical, thus possibly opening up new audiences and, yes, new clients.

But the main difference between the two, after the initial euphoria of being asked, was that with the one (BNET), I was rapidly sinking into a cesspool of despair. With the other (Socialbrite) I feel light and bubbly, as if all things are possible.

BNET is awesome. It has a ton of great information, great bloggers, and definitely has the “I’m so kewl” factor, seeing as it’s a CBS media property. But after the initial euphoria subsided, what I found more often than not was that unless I was writing a post that ranted, my posts just didn’t work for my editor or the BNET readers. And despite what you might think, I’m not a ranter by nature.

Over and above that, the business leads that I did get were from people who didn’t want to actually pay me money, but were looking for a handout. Maybe the name of my column, “The Startup Storyteller” was a factor … but my editor and I came up with that name because the posts I liked writing the most were about people and organizations who were using social media differently, to tell a story. Like Dan Gordon. Or Eat Your Serial.

But as the BNET gig moved along, the pressure (yes, pressure) of trying to write once a week for them got to me. I’ve lost count of how many times I’ve been late on submitting posts, or how many times my editor wanted me to take a different tack. And every day, when I’d make my to-do list, “BNET post” would be on there … and would, more often than not, stay there without getting scratched off.

to Socialbrite, which is a great resource for nonprofits looking to use social media … just the kind of client I like!

I’d had some contact with JD Lasica, the Socialbrite founder, prior to this, but I met him IRL a couple of months ago. He asked me to join the team and I thought about it for a long time. Because while it was certainly flattering to be asked, I wanted to make sure I’d do Socialbrite justice.

I finally said “yes.” Why? Because I like working with non-profit organizations, I like incorporating social media into their overall communication outreach, I get a rush when the building blocks I’ve put into place help move the needle. Sure, it’s my comfort zone, but more than that, it’s what I like doing.

And I didn’t go into business for myself to do what I don’t like.

And while I am no statistician, it seems to me that the paying work … the speaking gigs, the new clients, etc., that might come my way via Socialbrite, will be much more relevant to who I am and what I like to do than any of the half-hearted queries that came my way via BNET.

So a few weeks ago, I got “hired” by Socialbrite, and a few days ago, BNET and I “fired” each other.

And I couldn’t be happier.

What would I have done differently?

Well, for starters, I would have pulled the plug on BNET a while back. But my (then) editor was so encouraging, that I wanted to keep going for her. Because she is a really nice person. But when you know deep down that it’s not working, isn’t it better to quit, or say “no”? I should have done that a while back.

I would have said “yes” to Socialbrite earlier. But the generosity that is JD recognized that I needed time to make my decision, so he didn’t push me. And, as a result, I was able to come to this decision on my own, without any pressure.

Fired from one, and hired at the other. Isn’t it funny how things work out?