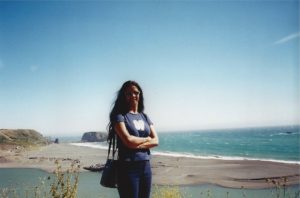 Swiping through Facebook this morning, I realized that today marked a unique anniversary for me:

17 years ago today, I landed in the United States for the very first time, knowing that I was stepping into a whole new life.

I reflected on this a couple of years ago, sharing 15 things I’d learned in the (then) 15 years since arriving here.

I’m re-sharing them, as they are as relevant today, adding two more as a nod to the two additional years since then.

Straight off the boat … or ‘plane

My husband likes to say I arrived in the U.S. with nothing more than the clothes on my back and a dream in my heart.

There’s some good old “Burke embellishment” (as they say in his family) for you!

I had a little more than that: the clothes on my back, a dream in my heart … plus two suitcases (and two steel trunks that arrived later, and are still with us).

But it is true that the certainty of what I carried with me, and the knowledge that my husband was waiting for me at SFO, were all I brought with me.

I had no idea what America was like (remember, I’d never been here before), or how my life here would unfold.

All that I knew was that this was it.

Here is some of what I recall of my early years here, and what I’ve learned since:

I could not believe, as we left the airport that day, how big everything was.

The cars, the people, the highways, the food servings. My first meal was at The Hungry Hunter, before we got home.

I couldn’t even finish my entrée because the appetizer was so big.

We could all stand to eat on smaller plates.

You can either choose to see the beauty, or not.

3. When you look and sound different, people will be wary of you.

You can’t control that, but you can control how you react to it.

4. Do the work. That, more than anything else, will speak to who you are.

5. If you’re looking for something, even if you don’t know what it is, keep looking.

You’ll know it when you find it.

7. Family – including those you love as much, who are not of your blood – is everything.

8. If you are to be successful, you need to have someone who loves you unconditionally.

And who’ll give you a kick in the pants when you need it (even if you don’t want it).

You don’t *see* him that often, but I would not be who or where I am today without my husband.

10. A smile will take you much farther than you can imagine.

11. Learn, and address people by, their names.

12. It’s much easier to try to be what others perceive to be *you*; it’s much harder to be yourself.

But the latter is so much more worth it.

But it helps if you do it nicely.

14. Asking for help when you need it is not a sign of weakness.

However, there’s a huge difference between that and expecting others to take care of things for you.

15. “Success” is contextual. Define your own context rather than allowing someone else to do it for you.

16. Being real is the most effective – and most underused – marketing strategy in the world.

And it is truly enough.

You have been, and are, an integral part of my journey, and I am so grateful for your presence in my life. Thank you. xo