5 Ways Social Media is Used to Mislead or Misinform 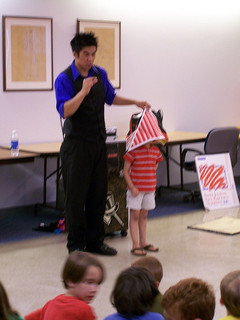 I have a confession to make:

Don’t get me wrong, social media. The time we have spent together has been great. I love the way you are able to communicate so quickly, so fluidly, so… seamlessly. And I wouldn’t trade the time we’ve had together for the world.

Oh, and we’re not breaking up. I’m not ready to leave you.

But I have noticed that our relationship has begun to change. And I can no longer avoid talking about it, lest you transform into a monster and eat me, as well as anyone else who knows you.

Using social media to lie is unfortunately easy. Here are just a few of the ways people do it.

I see this one all the time. It’s really easy to do. Simply find a picture of someone, make up a quote/fact/story, slap it on the bottom of the picture, and post it. Use Photoshop if necessary. Famous people, political stuff and religion statements seem to work best.

Most recently, I saw a meme claiming Coca Cola’s current formula is more addictive than its original formula, in spite of the fact that (admitted by the meme) the original formula contained cocaine.

I’ve never tried cocaine, but I’ll tell you this: I don’t see too many people hitting rock bottom over a soda.

Facebook memes are scary because they can be used to justify almost any fact, are easy to make viral, and are hard to argue with due to the speed with which they are created.

Twitter and Facebook both contain plenty of fake followers. How many is somewhat ambiguous; the account descriptions don’t generally admit they’re fake. Web Pro News states that more than 27% of the top ten Twitter accounts’ followers are fake. According to Forbes, Facebook estimates it has roughly 83 million fake followers.

So we know it’s out there. It’s factual. The question is how many of these bots are creating activity that appears to be real? And that activity matters for a clear and obvious reason: It can affect media and create news. CNN reports based on tweets, as one rather famous news satirist has shown.

So the real question is: Have fake sources been quoted for “real news”?

Got Photoshop? Then fake tweets are easy to create. But now they’re even easier with Lemme Tweet That For You, which brings fake tweets into realistic looking existence at a faster clip than ever before. Simply type in the name of the person you want to frame, enter the fake tweet, and voila! Fake tweets!

I have heard a lot of talk about Twitter’s use as a conversation tool. Yet 140 characters is not often enough space to make an independent statement. This format makes it inevitable that we will not always get the big picture purely from social media. And it’s only reasonable to assume that those without the big picture will paint an incomplete portrait and pass it on via “telephone,” morphing the message over time.

One way this managed to affect me personally occurred during social media week. I was a guest on a panel where the audience was live-tweeting. I was all for it. Audience involvement gets two thumbs up from me. But three times, I was quoted incorrectly. And once, I was quoted without attribution. The quote went viral, thus crediting the tweeter.

What is perhaps most interesting about the concept of social media is that it is SO fast, SO voluminous, and SO impossible to completely track that very important bits of information, essential elements of the truth even, can get lost in the shuffle

So what do we do? Quit using social media?

Social media is a fantastic tool that has positively benefited the world by opening the lines of communication for so many topics and so many people. Small businesses that wouldn’t have survived otherwise have used it as a tool to successfully find customers. Non-profits have used it to better existence. Individuals have found their voice when they were otherwise silent.

No, our job is to keep social media ethical. Just as Waxing Unlyrical helped lead the way when some of the issues surrounding sponsored blogging arose, leading the way on social media abuse should foster dialogue that allows for better, more ethical business practice and a stronger social media industry.

Our job from here is to acknowledge the potential pitfalls in social media so we can prevent them. That way, we can continue to enjoy the benefits of social media while mitigating its risks.