A Job, Career or Labor… What’s the Difference? 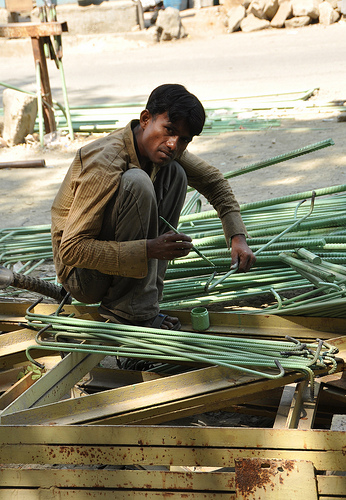 Yesterday, we in the U.S. marked Labor Day (which the rest of the world marks on May 1, but of course, we have to be different… )

In this country, it’s the unofficial end of summer, a long weekend (longer for me since I took half of last week off, which was terrific, since my brother and his girlfriend were visiting from the U.K. Today is also his birthday, so happy birthday, baby brother!), the time for several sales (though, really, is any time not a time for a sale these days?)

… in general, it marks or, rather, we use it to mark, a turning point in the year.

One of the things I did this Labor Day weekend was look for someone to help with the housework. You know that almost six months ago, I went back into fulltime employment. So  what I used to be able to take care of on my own, in between client calls, etc., now had to be taken care of after we got home/on the weekend. Which made for exhausted evenings and chore-filled weekends.

And a life spent only doing chores is no life at all. IMHO.

I started looking for some help a few months ago, and found someone who was perfect.

In fact, she was too perfect. She’d worked for a local government agency for several years. Once the recession hit, she was laid off and, after trying (for several months) to find a position commensurate with her skills and experience, turned to cleaning houses.

When I first “interviewed” her, she sounded almost apologetic about the fact that she enjoyed keeping peoples’ houses clean. And I remember saying (or words to the effect): “That’s pretty cool, if you get satisfaction from taking care of people.”

Because, really, what greater satisfaction is there than knowing you literally made someone’s life better? ]

You and I – in the PR/social media line of work – know it most immediately when we work with nonprofit organizations. But most of the time, even though we do have an impact on peoples’ lives, we don’t really see the impact we’re having.

Ms. Perfect was with us for a couple of months… until she heard that she’d gotten a position she’d applied for last December. Which was much more in line with her skills and experience, so she was giving up her housekeeping business and going back to a “job.”

Tears rolled (though she never saw them)… but how could I possibly argue with her? After all, in her position, wouldn’t I do the same thing?

We tried working with someone else who didn’t work out… not because she wasn’t a nice person (she is) but because this wasn’t her career, and perhaps it wasn’t even a job. It was simply labor.

Right now we are working with someone for whom, it seems, this is both a good “job” as well as a career. It’s too soon to tell, but if that is indeed the case, then this might be the one that “sticks.”

of my sharing all this is this:

have a “job”… where we don’t really care what we do, as long as it pays the bills, but we do it, consistently, day in and day out; or

have a “career”… where, regardless of whether we have a “job” or not, there is something, one thing, or maybe multiple things that connect to each other, that we build on, over time, and that builds our reputation and expertise in a particular field; or

have neither. We neither have a job, nor a career, so what we end up doing is basically labor – even though we may not call (or want to call) it as such. For our family, friends, or strangers (in which case it’s usually paid). But there is little, if any, personal satisfaction in it.

I’m not belittling “labor.” Nor am I belittling choosing a “job” over a “career.”

All that I’m saying is that there is a difference between the three... and similarities as well. For example, a “job” might be part of a “career,” but when it’s not, it’s probably more along the lines of “labor.”

And how we choose to approach these differences… and similarities… will often be the precursor to whether or not we feel fulfilled. Because, after all, where we “work” and what we do is typically how we spend half our days, and most of our waking moments.

And that’s an awful lot of time to be unhappy. Or simply “labor” for no real reason.

But we owe it to ourselves to ask – and answer – the question: is it a job, career, or labor that we are after?

And we’d better be comfortable, over the long haul, with the answer.

So: do you have a job, a career, or something else? Please share, as well as why you’ve chosen to do what you have. I would really love to know. And there is no judging here. Only sharing and honest feedback.