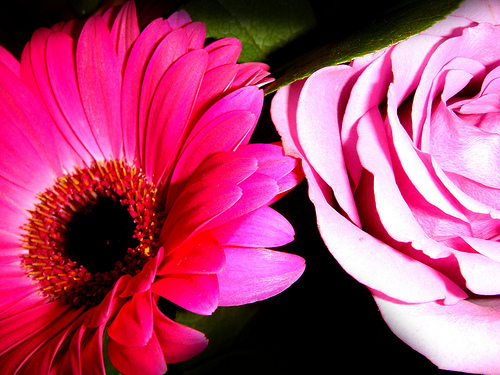 A couple of weeks ago, I noticed my friend Kim Wells was sporting a purple ribbon on her Twitter avatar.

Ever-curious, I asked why.

Turns out October is, among many other things, Domestic Violence Awareness Month.

I say “among many other things,” because October can be associated with so many other colors. In the non-profit/cause marketing world, most notably pink, and thus breast cancer.

Kim, who runs the Corporate Alliance to End Partner Violence (CAEPV), asked what I thought was a valid question on her blog: where is all the purple?

Since I’ve been seeing a lot of cancer- and breast cancer-related tweets and posts through the month, I asked the same question.

Or, at least, I thought I did.

Clearly, I worded the question wrong.

I should have asked, “Which cause-related color do you associate October with?”

Even so, while this poll can hardly be regarded as statistically accurate (especially since I messed the question up), pink still holds its own against orange.

If we look at the data around breast cancer and domestic violence in the United States, here’s how just a few pieces stack up, and no, this is not a competition:

– the chance that breast cancer will be responsible for a woman’s death is about 1 in 35 (about 3%).

All statistics from the American Cancer Society.

– just over one-third of female homicide victims reported, and whose relationships with their offenders are known, are killed by an intimate partner (FBI’s Crime in the United States 2008 report).

There’s a lot of data out there and I am aware that these are just a few tiny pieces.

But it seems to me that domestic violence – against women and men – is at least as much of a concern as breast cancer is.

So where is all the purple?

First, you can’t get away from how pink, and by association breast cancer, rule October when it comes to causes and awareness.

Even if more and more people are starting to question the efficacy of these initiatives, it seems companies don’t want to be left out in the cold by not jumping on the pink bandwagon.

I’m calling this the comradeship factor.

Go pink = showing solidarity with those who’ve been touched by breast cancer. In other words, kinship.

Second, Kim hazards a guess in her blog post:

“A long time ago, no one talked about breast cancer – they kept it a secret, and somehow it was a ‘shame’ and was somehow the fault of the person who received the diagnosis.

“But fortunately that has changed, and we no longer blame breast cancer victims. We call them survivors. And we honor them for their amazing courage. And we should.

“Now – with domestic violence, we are not exactly there.

“We are uncomfortable with it because we are not really sure what ’causes’ it, whose ‘fault’ it is, what we should do about it, or how to even say something to someone. I don’t know all the reasons. I just know this – it is highly uncomfortable for us.”

So second, there’s the comfort factor.

If you put these two together, you get the chatter factor.

In other words, the more people realize they are not alone, the more they will feel comfortable talking about their own situation… and start doing so.

When companies realize their customers – existing or potential – want to talk about something, they jump on that bandwagon, and encourage people to talk about it even more. Or, these days, to click about it in some fashion or other.

So people do. And the people who weren’t talking before, realize that there are others like them out there.

And more organizations jump on board.

And so on… becoming a cycle.

By no means am I saying that this is all that goes into a cause’s ownership of a color or month to the point where it’s ubiquitous.

And there are several other factors that go into creating an environment where we’re comfortable enough to talk about certain issues, as Herwin Icasiano pointed out when I was discussing this with him; government support (or lack thereof), the law of the land, and so on.

But I do think they are three core elements.

As Kim points out, we need to be comfortable enough to start talking about it.

Even in a country like the U.S., domestic violence is a very tough subject to bring up.

Off the top of my head, I can think of at least five women I know, some of whom I’ve known for decades, who’ve been victims.

But we don’t talk about it.

Because they don’t talk about it.

Maybe it’s too painful? Too frightening? Too tiring?

I also know at least three women who’ve suffered – and one died – from breast cancer.

But those who are left talk about it.

My friend Liz Scherer, however, did confront her domestic violence ghosts and, in a moving post on her blog Flashfree, did just that: talk about it.

So as October winds to a close please try, if you can, to spare a moment for purple or another color (and cause) amid your pink-mania.

And it’s time people started talking about it.