Digital Crisis Communications: When to Shut Up 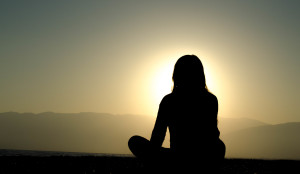 The moon must be in the seventh house, or something, because all of a sudden all I see and hear is about digital crisis communications.

Just yesterday, my colleague Geoff Livingston published a very interesting Q&A with Andy Gilman of CommCore Consulting. Among other storied clients, Andy worked with Tylenol during its 1982 crisis, now a classic case study for communicators of all ages and stages. In the Q&A, Andy discusses how Tylenol’s response might be different today:

“We often talk about what would happen if Johnson and Johnson Tylenol had occurred today in the Internet age, and it would change a lot. First of all, it would have to be faster.

“Second, they would probably need to use many more channels. For example, in 1982 they could hold a press conference and get three networks to cover it. There wasn’t even CNN at the time. Now you would have to be able to communicate through Twitter, through a blog, through Pinterest, through Facebook.”

Then, I came across this extremely interesting piece that Ancita Satija (you get to read her here at WUL as well!) on how Taxi for Sure handled a potential crisis in India, reacting quickly through social media.

In it, Ancita details how TfS’ quick response via social channels not only defused the situation with the passenger, but also allowed the company enough time to prepare responses for mainstream media inquiries.

“Interestingly, while the crisis broke on July 02nd, it was carried by the print media only on the July 07th. Of course Taxi For Sure was prepared and responded adequately – condoning the act, stating action taken and reemphasizing their focus/initiatives around passenger safety.”

Then (!), just yesterday I was called in for an emergency consult with an extremely large organization on a potential crisis bubbling up through social media.

I can’t give you the details, but I can tell you that it was a situation most large companies are only too familiar with – someone (in some cases, of some notoriety) decides to do a hack job on an otherwise extremely well-regarded brand.

Said brand understandably goes into a tizzy, because we know all too well how easy it is for denizens of the Internet to get their pitchforks and flaming torches out (in fact, I talked a little bit about this in last week’s newsletter… whaddya mean you don’t get it yet?!).

Confronting crises in the digital age

I’ve been through my share of crises (hello, 2007 pet food recall, 2007 Michael Vick case, and many more), and it’s crazy how things have changed.

What Andy said is exactly right: there are so many different mediums via which to respond, it can be very unnerving for those on the receiving end.

And what Ancita said is exactly right: that when a company responds swiftly via its social channels, it can go a long way towards defusing the situation. And when it doesn’t… well, this happens.

But responding isn’t always the answer. Because sometimes, a situation only seems like a crisis, but isn’t actually one.

Silence can be golden

The organization with whom I did an emergency consult yesterday? After doing an assessment of the situation, I told them to sit tight.

Watch and monitor the situation (of course! 24/7!), but unless what seems like No-Nothing starts gathering steam, do not do anything.

Sure, prepare your talking points, etc. – that’s just common sense – and be ready to activate your crisis plan at a moment’s notice, but do not start getting “out there” until and unless you absolutely have to.

Because just as it’s not super-complicated to get people online rallying around you (you need a really good community manager, and lots of hands-on time, but otherwise it’s not rocket science), it’s almost easier to get the Interwebz riled up.

And it’s a heck of a lot harder to calm people down than it is to get them going.

Just because we have multi-way communications at our disposal doesn’t mean we always have to use them. It’s really easy to get trigger-happy with social networks around; it’s so easy to start spouting off. But is it really necessary?

Knowing when it is, and isn’t, is the real art in crisis communications.

There was a popular saying several decades ago: “discretion is the better part of valor.”

Sometimes, you just gotta shut up.