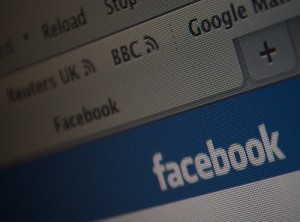 Lots of reasons for that, put forward by people much smarterthan I, which you can easily read about via a Google search

Some are even beginning to question whether Mark Zuckerberg can continue as the leader of Facebook (somewhere, the Winklevoss twins are howling with laughter). Clearly, the experiment of Facebook as a publicly traded company isn’t going well, though I think it is still too early to be called a failure.

In the past, I’ve made the argument that your privacy is not Facebook’s responsibility, and I still believe that.

How ironic, then, that I believe taking the company private again will benefit it in the long term.

The main problem facing Team Zuck at the moment is how to turn those millions of users into dollars that shareholders can benefit from. That’s the key. Not the profitability of Facebook, but whether the company can increase the value of the company in the eyes of Wall Street.

I don’t think Facebook going public was a bad idea; I think it’s an idea that happened before the company was ready.

While I don’t think comparing Google and Facebook’s IPOs is an apples-to-apples scenario, it is worth pointing out that Google was a much stronger company than Facebook at similar points before their respective IPO’s.

Google had figured out how to be a profitable company before opening itself up to being controlled by people that have no idea what the company is about. It has also transformed itself into a media company as opposed to just a digital company (i.e. Google is much more like Apple, Facebook is more like Yahoo!).

A few months ago, my WUL colleague Dan Cohen gave us his reasons to buy Facebook stock, and I agree. I don’t think the company itself is going anywhere.

However, by going public before it was completely ready, it opened itself up to control by people who are only interested in turning a profit rather than growing the company, and profits, that promotes longevity and sustainability.

Zuckerberg and the other Facebook principals should buy their company back. It will hurt their pocketbooks in the short-term, but to ensure the survival of the company, it needs to get advertising figured out, and how to monetize all those users.

It can’t do that as a public corporation.

At least, that’s what I think. What do you think?