How To Become A Public Relations Star 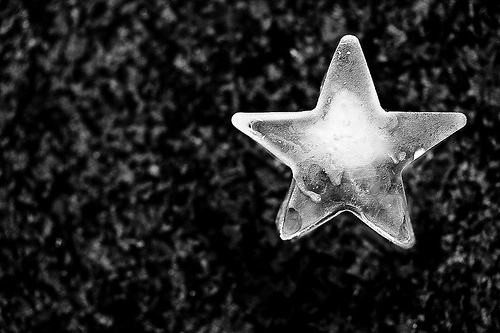 I recently had the pleasure of sitting on the admissions panel for a PR course.

In fact, it was my old PR course – RMIT University’s Bachelor of Communication (Public Relations). It was eye opening to say the least.

Having been there myself not too long ago, I was astounded by the sophistication of the graduates that applied – they were, to put it mildly, much more sophisticated than I was.

But I’m getting ahead of myself.

To land a position in the PR course at RMIT, students need to sit a test to ensure that they have the necessary general knowledge, writing skills and linguistic motivation to be a PR grad.

This, for successful applicants, turns into an interview (which is where I came in).

Being a young PR person, I was surprised that I was asked to sit on the admissions panel of three – made up of current practitioners-turned-academics – but probably not half as surprised as some of the interviewees (who probably thought I was more likely to field a call from my parents than from a journalist).

I was even more surprised at their knowledge of the profession, further cementing my view that being a PR professional is becoming more difficult, and the profession will only benefit from this competition.

I, unlike the other panelists, saw the graduates through a different lens.

I wasn’t looking at their ability to be in the course, but their competency in being a future colleague for the thousands of us that are out there.

Before I went in, I had a bit of a think as to the things that I would look for in a graduate (and therefore an applicant), and with the help of two friends in HR (@greg_savage and @LucyChisholm for the Twitterati), have compiled a list as to

the things I think will separate the good communicators from the industry reputation-soiling spin merchants that we are (unfortunately) more commonly represented as.

1. An ability to listen.

Anyone can talk, and to consider PR as a career, it’s almost a given that they are at least competent writers. Not as common is a genuine interest in the things around them.

My own ability to listen has given me story ideas, helped when dealing with journalists and been infinitely beneficial in pitch meetings.

One applicant, who I argued against having in the course, gave fantastic answers, was well spoken, but as soon as another person started to speak (including panelists) got glassy-eyed and stared at their nails.

Sure, the nails were pretty fascinating, but ignoring your peers is borderline unforgivable: how are you going to build relationships without listening?

Emotional intelligence is an integral quality that separates a passable PR from a great operator.

Whether we like it or not, social media is creeping into more and more of what we do.

Being across the various social mediums not only helps with building relationships, but emphasizes being concise in your messaging.

Show me that you can be witty, informative or interesting concisely, and you’ll have taken a big step towards impressing me.

One applicant spoke about an Australian ex-Prime Minister’s use of social media as a fundamental part of his election campaign in engaging young voters. That got a big “check” from me.

3. Know where you want to go and what’s involved.

In the year I applied, out of our group interview of 10, there were probably seven future fashion PRs, and three music PRs (I was the latter at the time).

The answers from this group of candidates were generally proceeded by a declaration of love for parties, air-kissing and champagne.

That’s not to say that these aren’t wonderful and integral parts of PR, and if it’s your passion I have nothing but encouragement for it.

But you have to show that you know that this part of the business entails much more than being in the bright lights; if anything, you’ll spend more time chained to your laptop than schmoozing celebs.

As PRs, we’re constantly looking for an angle – find yours.

If you can’t tell us (again, concisely) what separates you from the masses, we probably won’t see it.

And there are very few employers who want a standard PR person, when they have the opportunity to snag one who is creative and driven and can find an angle, even if it is in themselves.

Show that you’re resilient, open to constructive criticism and have an ability to bounce back from disappointment.

As a bit of a test, I asked a rather curly question of an interviewee who seemed offended that I would suggest I knew more than she did.

Imagine that in a consultancy – a PR who is so precious about their work that they can’t accept the advice of their seniors!

Not to mention the consistent (and sometimes crushing as a junior) rejection from journalists you’ll get as you begin your career.

Everyone gets sick of a know-it-all, especially when they’re doing it wrong.

This one didn’t factor into the panel I was on, but it does warrant a mention.

A friend of mine (@JadanLoughran) applied for a bunch of jobs by sending a shoebox with an untied shoe and his resume in it.

Odd (and intriguing) until you read the note attached: “Getting a job straight out of university is like learning to tie your shoes. Can you help me tie my shoelaces?”

That sort of creativity gets you noticed.

Another good example from Australia was a journalist called Tom Cowie, who mounted a full social media campaign called Tom Wants A Job, complete with a transparent blog (with all the applications and rejection letters), Twitter handle and Facebook fan page.

He got coverage in The Australian (Oz’s biggest national newspaper) along with a number of different news outlets. He also got a job out of it.

The number of ways you can set yourself apart are far too numerous to mention in one post. Creativity is just one of the things you need in this industry to be an outstanding applicant in a sea full of unoriginal fish.

PR applicants and grads are a different breed of worker, and with the media fast approaching the terminal velocity for change, you need to be able to show that you can keep up.

Mike Doman is an Account Executive at Mulberry Marketing Communications in Melbourne, Australia. In between media calls and writing press-releases, he does the occasional guest lecture for RMIT and has guest-written for Australian publications including The National Times and Crikey.com.au, along with publishing his own (non-PR) blog, Sporadically Pensive. He has also sat on the admissions panel for RMIT’s Bachelor of Communication (Public Relations) and tweets about everything from Masterchef to media relations.