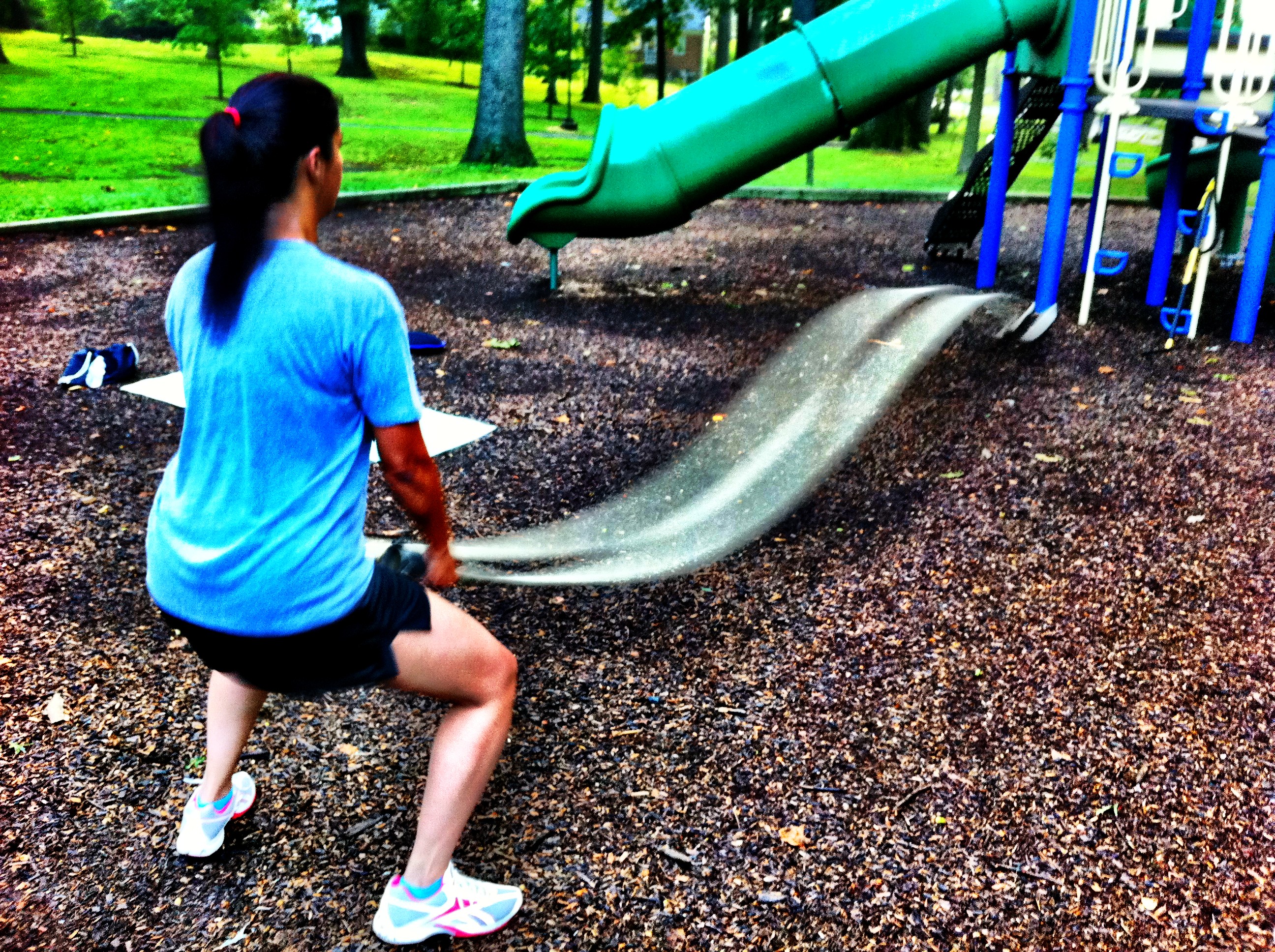 It’s been a month since I embarked on redefining my life from the inside out – getting healthy and fit – with Grant Hill.

One month since I’ve been getting up at 5 am every day (well, every weekday, I sometimes sleep in a little on the weekends) to get my butt kicked in what is aptly called #mybootcamp.

Those of you who were kind enough to comment and cheer me on (thank you!) wanted an update.

First, the bare numbers. In one month, I have:

I could say I’d “lost” weight and inches, but that would imply I wanted to find them. Good riddance as far as I’m concerned!

But over and above that?

I still don’t particularly like running, which Grant makes me do every now and then, as well as to warm up, but oh, well. One can’t have everything.

The birth of a community

When I told you a month ago that I was doing this, I found out about quite a few people who were embarking on similar life-changing plans. And I say “life-changing” with purpose; because for me, this isn’t a diet, or a fad. I’ve been on enough of those in the past.

It’s re-learning how to live my life on my terms.

Some things I have no control over. But I do have control over what I ingest and how I take care of myself. If I don’t, I’m doing a huge disservice to my husband, my family, my friends, my work, my clients, and you.

So when I heard about other people’s determination and efforts in the same direction, I asked if they’d want to set up some kind of support group on Facebook. They did, so I did. And Bootcamp Buddies was born.

I’ve never been involved with support groups before. But I can’t tell you how much this group helps me and, I believe, those who’ve joined.

There are no hard and fast rules; just to be committed to our chosen wellness plans, and share our goals as truthfully as we’re willing to do. That’s the only way we can help each other, and keep each other motivated.

No one makes fun of anyone else, and there’s no commitment to post regularly. But I’ve seen firsthand how it keeps me going, and it’s become a wonderful part of my day to check in with my BBs, as I call them.

And we’re learning so much about each other, including the kind of stuff you often don’t get to know about people unless you’ve known them for years and years. We’re uncovering the remarkable about each other, and it’s quite special.

So that’s my one month update. Let’s see how the second month goes; when I say “let’s see,” I don’t mean “will I stick with it,” but rather, how the numbers continue to move.

Oh, and if you’re on a similar path and think you’d like to become a BB, just ping me on Facebook.

Thank you again for all the encouragement. It means more to me than I can say.