PR and Change… On the Edge of Tomorrow 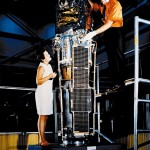 I love what I do for a living.

For you “newcomers” to Waxing UnLyrical, I’m a public relations professional now teaching the next generation(s) of PR pros.

Sometimes I say, “Been there; done that.” But that’s not true.

The “that” that I did has changed and continues to change dramatically.

I was cutting my teeth as a Public Affairs Intern for the U.S. Army’s Training and Doctrine Command when a whizbang new piece of equipment came along that enabled us to transmit documents through telephone lines from one geographic location to another… the fax machine.

I was at a meeting in Boston back in the 1980s, when an energetic young visionary paced the stage and talked excitedly about a new concept in computers… the Apple Macintosh.

Then came the ability to make phone calls, send email messages, and surf the Web (itself a relatively new concept in the scheme of things) using a little gizmo that (today) fits comfortably in your shirt pocket… the cell phone.

My undergrad students at Curry College, where I oversee the Public Relations Concentration and teach most of the PR courses, often ask me, “Okay, so what will tomorrow bring, Kirk?”

And my response is invariably, “I don’t have a clue.”

I’ve allowed myself to (happily) get hooked on PBS’ “Downton Abbey.” I particularly love the episode where that newfangled intrusion into “proper” homes…a.k.a., the “telephone”… made its appearance. The suspicion with which it was greeted brought back memories of the debut of each of the technological wonders that I’ve experienced.

Humankind is basically a skeptical breed, in my humble(ish) opinion. We don’t like stuff that shakes up the comfortable routine into which we’ve settled. We’re convinced that each new invention brings us one step closer to world chaos and anarchy.

Oh. Wait. The elections ARE over. And we’re still here!

So we dive headlong into yet another year… my 67th, actually… and who knows what wonderfully life-changing, routine-altering invention will present itself?

But that’s what makes life so much fun. Learning new things… encountering new opportunities, facing and overcoming new challenges… and making new friends along the way.

Stuff will blow up along the way. New initiatives will go up in a glorious burst of flames.

To close with a passage from one of my favorite poems by John Masefield, “Tomorrow”…

“But tomorrow, By the living God, we’ll try the game again.”