Reflections on xPotomac, Civility, and Being a Hook 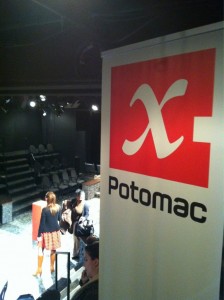 Last week saw one of my first projects for 2013 – as well as what I think was one of the most unique conferences I’ve been privileged to not just speak at, but even attend – culminate. It was xPotomac; the brainchild of Geoff Livingston, who previously gave the DC area another great conference series, Blog Potomac, and Patrick Ashamalla. Since BP shut its doors, we have dearly lacked a conference (or unconference, if you prefer) of that nature.

It’s not the the DC area is lacking in conferences for our industry; far from it. In fact, these days you can’t move five feet without hitting some kind of conference, or happy hour, or tweetup, or something or other of the kind. But many of them are, in my opinion, very similar in nature, and I have not, for some years, felt the same level of excitement as I did previously for Blog Potomac and, recently, for xPotomac.

What made it different

Well, xP was terrific. I’m not going to do a post-mortem; more than enough has been written about it. Joanna Pineda did a wonderful video interview of Geoff at the event, Tinu Abayomi-Paul Storify’d it beautifully, and Mike Schaffer, Jamie Notter, Jay Daughtry, KiKi L’Italien, and Sohini Baliga have all provided extremely interesting and thought-provoking POVs. Here’s a lovely collection of photos of the day from Eventifier.

The one thing that everyone noticed, and commented on – and was our aim with the conference – was the high quality of interaction and conversation between everyone in an extremely intimate space. That is what is lacking from most conferences these days. It wasn’t a conference where speakers were speaking to the audience; they (we) spoke with them, and spent much more time hearing from them than vice versa.

A mini-storm in a micro-teacup

If you followed the Twitter stream, or even if you read some of the posts, you’ll have noticed references to Andrew Keen’s (the closing keynote’s) negativity. The focus of that negativity? Me.

You see, I closed my presentation (on social scoring) and kicked off the Q&A by reminding folks of how Dino Dogan (Triberr founder and someone who is just as effervescent IRl as he is on the screen) had closed a piece he’d written on xP prior to the event:

“When attendees could easily be the speakers, you know this conference will be the tits.”

And Andrew took exception to that. No, great “offense.” Because he’s the author of The Cult of the Amateur. So, staying true to form, he was offended by the notion (or comment) that anyone in the audience could have been a speaker.

So he then proceeded to lay into me. Twice. Four times if you count the additional two times he asked me my name (and still couldn’t get it right). I answered politely and sat quietly, though I was somewhat shaky internally. Occasionally I checked, and responded to, the Twitter stream, which was buzzing with outrage. And I have to tell you, that, as well as the outpouring of affection and support after the event meant a lot to me.

I was so, so tempted to try and rebut what he’d said during the Q&A, but frankly, I didn’t think it was worth it. Because the conversation by then had moved on to other elements. So I kept quiet and joined everyone in a hearty round of applause once Andrew had finished speaking.

After we cleaned up, and before the last few of us stragglers headed to the post-event happy hour, I saw that Andrew was sitting at one of the tables, working on his computer. I walked up to him and said, “I’m sorry I offended you, but thank you for coming to speak to us.” After all, I was one of the organizers, and it would have been extremely boorish of me not to thank him.

He looked at me, grinned, and said, “You didn’t offend me.” Twice. And then said, “I enjoyed your speech very much.”

I laughed, and said, “I know,” the first time he told me I hadn’t really offended him. And said goodbye, and went on to the happy hour.

Now, I don’t know if he really did enjoy my presentation or not, but instinctively I had known I hadn’t really offended him. I’ve never met the man before; had no interaction with him whatsoever; and while he is extremely opinionated and didactic, he also seems a mostly fair person. So how could I possibly have offended him, when we’d never come across each other before?

All I was, was a hook. A hook for him to kick off his remarks, and a bright one at that, dressed as I was in a black skirt and peach jacket (which he incorrectly called “pink”). It was not fun being made the butt of the closing keynote’s wrath, real or not… but all I did was serve a “higher purpose.”

Everyone has their own way of presenting, and the hooks they use. Their styles are different, and that’s why it’s interesting to see a range of speakers. Even though I was his hook, I’m not scarred for life (though I was for about a day), and if I saw Andrew in an airport, I would certainly say “hello” to him. I think it was terrific that Geoff was able to get him to close xP; I might otherwise never have heard him speak, and I’m glad I did.

But am I going to rush out and buy his books, or stand in line to see him speak (again)? Unlikely. And I think if you polled the attendees, most would say the same.

I’m not a barfshiner, and I certainly don’t think social media’s impact on our world and lives is all sunshine and roses. But regardless of how erudite, or “famous,” or in demand one is, civility doesn’t go out of style.

Because at the end of the day, who would you rather be with/hear from/learn from: someone who you watched use the proverbial bully pulpit to be just that, or someone who was gentler in their approach?

I know my answer. What’s yours?