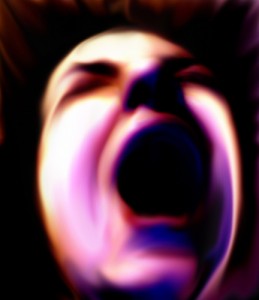 Jokes aside (or gnashing of teeth, depending on which side of the fence you’re on), the outage reminded me of just how dependent fixated we communicators can get on our favorite channels of communication.

Seriously, if something did happen to permanently shut Twitter down… or Friendfeed… or whatever your preferred digital communication channel is – what would you do? And, more importantly, how would it affect your work?

I don’t know about you, but what I’ve learned over the years – and what was brought resoundingly home to me yesterday – is that good communication is not about using just one channel effectively (or simply very often).

It’s about using the right mix of channels to achieve your (or your client’s) objectives – and always having backups.

If you normally issue news releases via a wire service, do you also have a strong list of targeted media contacts whom you can connect with if the wire service fails… or if your client can’t afford it?

If your regular media monitoring service goes down, do you have a backup such as Google Reader?

If you communicate regularly with influencers via a medium such as Twitter or Facebook, would you still be able to reach them through good old-fashioned email, or not-so-old-fashioned Google Talk, AIM or Skype?

If you’re a company that uses Yammer, do you still have an alternate way to connect with your co-workers and employees?

Would you be able to pick up the phone and – be still, my beating heart – actually talk to someone who could move your communication plan forward?

When we talk about social media paving the yellow brick road to relationship-building, we’ve got to be able to walk the talk. Because if we don’t, the very thing we tell our clients we’ll help them do is at stake.

After all, it’s not about us; it’s about helping them achieve their goals and measurable objectives. And that means using what’s best for them, not for us.

That means being able to connect, with the right people, at the right time, no matter what the technology du jour is. It means keeping our communications alive, rather than digging into a deep and narrow hole from which might – just might – constrict us.

Don’t get me wrong, I’m still a #twitteraddict. But I don’t want to be Lazarus.

What do you think? Do you have additional – or opposing – lessons to share on communicating in the 21st century? Do let me know and please tell me if I’m completely off the mark. This is your sandbox as much as mine.