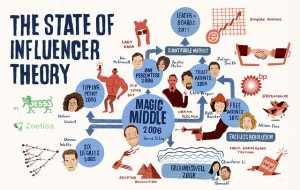 Let’s face it. Content is evolving and so are the ways in which people consume it.

What captured their attention decades ago via billboards will not even make them sit up and notice in this digital era, where everyone is glued to their mobile devices.

This is where influencer marketing comes to the rescue.

Loosely defined as a marketing strategy involving influencers to impact buyer decisions and boost a brand’s visibility by using their online personality and popularity, influencer marketing has many takers.

It is one of the most effective ways to spread brand awareness to scores of followers, to reach out and engage with them.

Well then, who are these so-called “influencers?”

Often, marketers equate influencers with celebrities. But as opposed to celebrities, who are often the brand ambassadors or the “face” of a product or service, influencers can be bloggers, consultants, market analysts, critics or just about anyone who is popular online, even if they do not have a massive follower count.

But wait. Does that mean celebrities with hundreds and thousands of fan following are automatically “certified” influencers? The answer is no.

Both influencers and celebrities do have an effect on people, but the level of influence varies greatly.

As opposed to celebrities, influencers are very regular people. This makes them more ”˜relatable’ than celebrities, who often lead extravagant lifestyles. While followers look up to both celebrities and influencers for inspiration, they find it easier to step into the shoes of the latter.

Also, let’s not forget the fact that celebrities are paid for brand endorsements, which may or may not be the case with influencers. This means the reviews for a product or a brand by influencers have more credibility or authenticity as opposed to the ones posted by celebrities. A large number of them are thought leaders, who channel buyers’ views and help them make an informed decision.

When you strategically partner with influencers, they will boost your brand’s awareness by:

It’s a no-brainer that businesses are gaining maximum ROIs from influencer marketing, which is slated for growth. According to a survey by Tomoson:

Therefore, it comes as no surprise that many businesses are including influencer marketing in their marketing mix.

So, how do you “bell” an influencer for your brand?

A 2014 Influencer Marketing status report states that the challenges in influencer marketing include:

Target these three core challenges and have a focused approach to finding influencers, who’ll be willing to be a part of your marketing strategy.

Here’s a checklist for identifying and selecting an influencer in your niche:

Here’s how you can benefit by connecting with influencers on social media channels:

Here are some examples of how influencer marketing was leveraged by some leading brands:

Unless you’ve been living under a rock, you know about the #IceBucketChallenge or participated in it. The campaign went viral and was promoted by everyone and their brother, including Mark Zuckerberg!

Maybelline created awareness about their new product in town, Baby Lips Electro Pop, with #DareToNeon. They partnered with Malaysian Instagram influencers and engaged their target audience with a contest.

It is never too early to seize the opportunities provided by influencer marketing.

All you need to do is find out who the top influencers in your niche are, connect with them for visible results and take steps that can effectively boost your brand’s visibility. Carpe diem!

Have an influencer marketing experience to share? Please share in the comments below. We are all ears!

Taral Patel is PR Executive at PRmention, a Digital PR Agency helping businesses grow through their highly-innovative approach to engaging with audiences. Being a certified digital marketer, he understands how modern technology shapes the PR industry. Connect with him on Twitter.