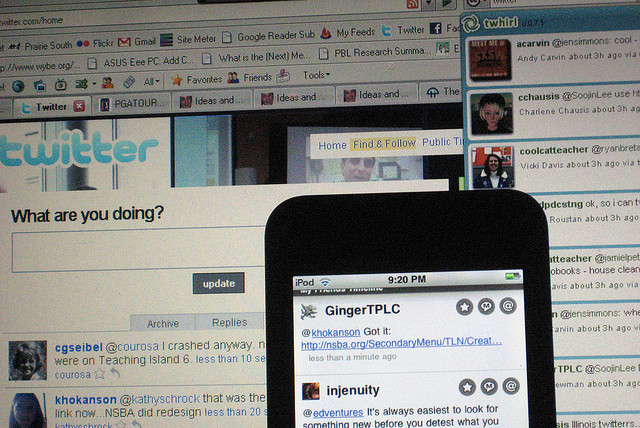 I’m a little riled up…

It’s not because it disagrees with my sensibilities (though it does), nor because I have a particular affection for Twitter (though I do).

It’s because it’s simply ill-thought out – another piece bashing the use of social media, without actually having engaged with the concept.

The author has a Twitter account, I’ll grant him that, but by the looks of it, doesn’t actually engage with anyone.

Alas, I’m getting ahead of myself.

Let’s start at the beginning

The article, for those who haven’t read it, looks at the reaction of the Twitterverse in relation to a show that aired in Australia called Ben Elton’s Live from Planet Earth, which (to put it mildly) rated dismally.

However, the article that is the centrepiece of my annoyance on this rather chilly Melbourne morning pans those who tweeted during the show, describing it as bullying, and decrying Twitter as the playground of Internet trolls and anonymous haters.

It’s farcical to suggest that just because someone disagrees with you, it’s bullying.

Also, claiming that anonymity is the root cause of the problem is ill-informed.

In fact, I believe that most people who use social media do so in their own name and are just as savage as those who don’t.

The Internet is a big melting pot of opinion. In the same way that audiences choose which media commentators they listen to, so too do those on the Internet.

The author goes on to write:

“The answer, of course, is to end the tradition of anonymity. Make people post under their own name, which would have to be registered and verified (in an echo of the checks and balances used before letters to the editor are published in physical newspapers) and they might be a little more inclined to behave decently.

In the push to ”democratise” [sic] communications and the media – essentially, but not ipso facto, a good thing – we have confused mob rule with consensus. The loudest and angriest may dominate the discussion, but that doesn’t necessarily make them right.”

Give me a break.

This screams of a journalist with bitterness towards the Internet for taking away some market share.

It has nothing to do with the loudest and angriest mob dominating.

It has a lot more to do with the media only reporting conflict and, in this case, there only being one mob – a mob that didn’t like the show.

There will always be Internet trolls. Anyone who works with the media knows this.

Removing their anonymity isn’t the answer, though.

After all, the criticisms of the show were rather accurate, as its ratings show.

(As an aside, I think it’s also important to note that the author was the only one to write a decent review of the show.)

EDIT: The show has been axed, as of yesterday.

But instead of ignoring the criticisms of “the mob” and dismissing them as ill-informed, we should be listening to them and changing things.