On Lists, Their Importance, And How To Get On One

Home>Public Relations, Social Media>On Lists, Their Importance, And How To Get On One
Estimated Reading Time: 6 minutes
Previous Next
Share
Tweet
Pin
0 Shares 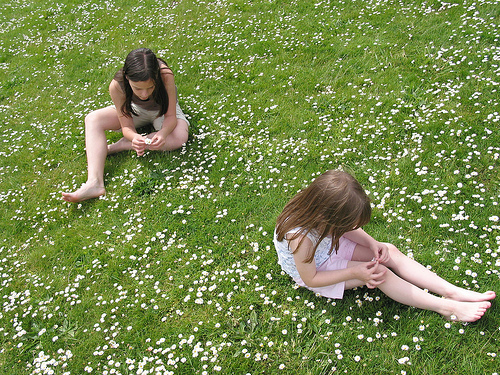 This post has been about a year and a half in the writing. Yes, really!

It started as an email conversation with a friend while I was flying back from the 2009 PRSA International Conference in San Diego.

I was flying Virgin America, and couldn’t let the several-thousand-mile-high wifi go to waste.

The question was: what is the importance of lists (specifically in social media), and how does one get on them?

1. Lists are as important as you think they are.

Remember when Twitter lists first appeared? It was a big deal to get on someone’s list at the time (or so it seemed to me).

We probably reached list overload a while back and yet we keep seeing them surface.

You know why? They get attention, that’s why.

Of course it’s pleasant if you see your name on so-and-so’s “X number of Twitter hotties” list, or any iteration thereof.

If this takes the form of a blog post, it usually includes some kind of disclaimer (“this is my list,” for example), and a question at the end as to who you would add.

And the comments invariably include, “How could you leave out So-and-So!” “You must be blind if you haven’t noticed how great Such-and-Such is!” and so on.

Remember, it is that person’s list. Most lists, by their very nature, are subjective, and s/he has every right to include/exclude anyone they want.

So we have no business crying about not being on someone’s list.

2. If you want to be on a list, get to know the person who’s compiling that list.

If it’s that important for you (you as in the general “you”) to be on someone’s list, get to know them.

Talk to them, engage with them and their content and show them that you should be on that list.

There are some obvious and not-so-obvious ways to do this. For example:

A not-so-obvious hashtag to include is #solopr, which is related to Kellye Crane‘s Twitter chat. Because even if your content is not relevant solely to independent PR professionals, it might still be of interest to them. And perhaps one of them has a list you want to get on.

The caveat here is that while flattery is almost always pleasant, don’t overdo it.

Once you cross the line between fleetingly flattering and outrageously obsequious, you will likely fall flat on your face.

3. Which lists are the best lists to be on?

I can’t give you the answer to this, except refer you back to #1.

You have to decide whether or not a list is important enough for you to warrant wanting to be on.

The key thing here – in my opinion – is to dispassionately evaluate why that list is important to you.

Or is it just something that will make you feel good?

If it’s the latter, then honestly, fuhgeddaboudit.

Remember, context is everything.

4. Do lists make a difference?

The short answer – and one that some of you probably won’t like:

Think back to pretty much every event in your life.

When you were a kid, you made a list of who you wanted invited to your birthday party and gave it to your mom.

When you went to college, you were put on a list of people who were in… and were not on the list of everyone else who was out.

Any time you got a job, you made your way up various lists; first, a shortlist of all candidates who seemed qualified, then an even shorter list of candidates the hiring manager liked, and then finally, you were on a list of One.

Everything we do, every decision we make, is influenced, in part, by some sort of list.

Will you behave the way you think people want you to behave in order to make one of these lists?

Or will you be genuine, sincere and honorable, and let your actions speak for themselves… and get you on that list?

I know which one I’d choose. What about you?