Powwowing With Pepco on Social Media 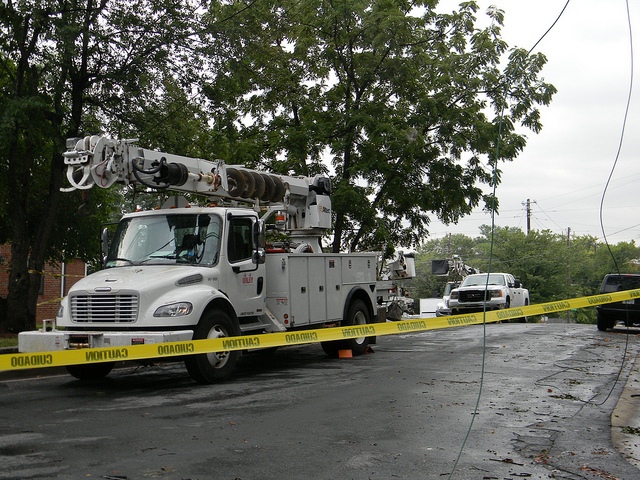 I haven’t been the biggest fan of my local energy company, Pepco, recently.

Granted, we’ve had some pretty crazy weather… and that tends to send the power diving down the tubes.

But what really started getting on my nerves was how seemingly useless their communications were.

I ranted a fair amount about this, so I won’t repeat myself here.

To pick up where I left off

I was all set to do a humdinger of a post about how terrible Pepco was, particularly in its use of social media.

When it struck me that that might not be very fair.

Because other than my limited (primarily to Twitter and the company’s customer service hot line) communications with Pepco, I really had no idea what their efforts entailed.

So I contacted Debbi Jarvis, Pepco’s VP of Communications (a delightful woman, and whom I also know through IABC/DC Metro), to see if she could fill me in.

Since Debbi was on a bit of a time crunch, one of her team members responded to my questions via email.

On what Pepco’s crisis communication plan is:

On what system Pepco has of working with other departments during a crisis:

“Pepco brings together representatives from Corporate Communications, Customer Care, Regulatory Affairs, Government Affairs, and Operations to work together in our Joint Information Center (JIC) during a crisis.

“The JIC is responsible for coordinating messages, researching inquiries, and is the center of our communications strategy.”

On why Pepco is on Twitter if it’s not going to use the medium to respond in a timely fashion:

“Pepco is on Twitter because that is where many of our customers are. … Our Twitter responses during a crisis are not as timely due to the dual responsibilities of our social media representative, Andre Francis.

“In addition to monitoring Twitter, Andre also handles calls from the media and in the first hours following the storm he may not be as responsive as at other times.”

All well and good

but I didn’t feel they provided me with anything other than company-approved messaging.

Turning to the man

So I decided to turn to the man himself – Andre Francis, who’s the face (or avatar) of Pepco’s social media.

It took us a few tries before we could find a time that worked for both of us, but we finally got down to chatting on Skype.

What was interesting to me, was that, as Andre and I DM’d to set up this “interview,” my attitude towards him changed. Completely.

a disgruntled customer and ready to rip Pepco’s social media.

But as our conversation over Twitter became more chatty,

I started getting more interested in really knowing his side of the story, and not just paying lip-service to that “side.”

Here’s the interview. It’s long, but I think it’s interesting.

From getting what I perceived as “stock” messaging, I had a human being talking to me.

But I continued to think about how Pepco could improve its relationship with its customers, to start repairing its reputation.

That’s what I’ll talk about tomorrow.

If you have ideas/thoughts in the meantime, will you share them below?