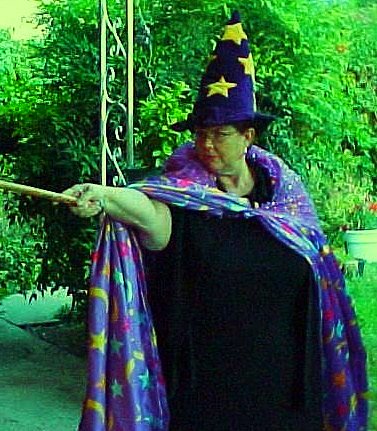 Something strange has happened to my blog Steff Metal over the last month. It’s gone a bit crazy.

I haven’t done anything different. I wrote an article about the history of the Black Death, gave some advice about what to wear to metal festivals and posted some silly metal YouTube videos.

It’s been business as usual; in fact, I’ve been blogging even less than usual this past month, since I’ve been busy updating my Grymm & Epic blogging ebook for the World Changing Writing Workshops starting this month.

And yet, suddenly, my inbox has been inundated with incredible opportunities.

The Fairy GoogleMother waved her wand and suddenly more people than ever are paying attention to me. Me! A metal blogger with appalling fashion sense and an out-of-control sausage roll fetish.

What’s so special about me?

I’ll admit, I used to worry about Google. I’ve had numerous discussions about growing concerns that Google has the power to control what you can and cannot read on the Internet.

I’ve expressed my sadness about legitimate music-sharing sites being shut down by Google’s pursuit of piracy, and about the Google Books debacle infringing upon the copyright of thousands of authors and photographers.

This month, I stand corrected. Google, you are awesome. The frog has finally turned back into the prince.

I think, Fairy GoogleMother, while you’re in this benevolent mood, I shall put forth a few more wishes I’d appreciate if you would grant, if it’s not too much trouble:

What would you wish for from Fairy GoogleMother?