Thank you Google, for the Antithesis of a More Social Network 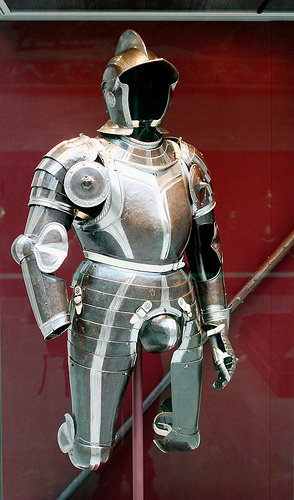 [Ed: I know we’ve had a LOT of posts on Google+ here recently. But I wanted to give my bloggers a voice. This is an interesting viewpoint from India, so I hope you will read it.]

The first reaction to all the talk around Google+ and it’s Facebook-killing armor was, “Oh God, not another one.”

Keeping the early adopter community in context, there isn’t a desire to connect more, or even connect better. Unless, of course, you are another Guru, pushed compulsively to opine on recycling and rehashing “content.”

Let’s take a moment to talk about the very premise of “friending” on Facebook. We agree mutually to allow someone to consume our feed of information, while consenting to consume theirs. That is, assuming we haven’t hidden/blocked them from News Feeds. Fair enough?

(By the way, the  argument of pitching Facebook against Twitter, that the former could be made asymmetric by hiding feeds is rather pointless. One doesn’t really marry a random person just because there’s an option for divorce, do they?)

Google+ cuts out the noise by adopting the “follow/unfollow” conundrum, very similar to Twitter. The need for a social network that automatically aggregates all my “friends” and then cuts off the irrelevant noise.

A viral (forgive the cliche) spin out was evident with Google+. After the dust settled, it’s getting better over time. Tell me you aren’t tempted to check out your G+ stream. Feel the same urge with Facebook stream?

Or are we in an infinite loop of growing out of social networks every five years?

It’s still too premature to speculate, maybe, but it seems Google has got it spot on. The thoroughness of it all did not imply the need to mindlessly obsess over “integrating” all other social channels with Google+.  More than any factor, what we are looking at is one word.

In a few ways, it is doing what Helvetica did to the cluttered typography in the 70s.

The experimentation has been going on for over a year at Google, with features that felt meaningless at their launch. +1, Buzz, +1 in search, the little black search bar at the top of Google search. Haven’t we all cracked jokes at Google’s moronic, bland attempts at social?

Now, one can all see it coming together.

It’s been a patient yet progressive process, not entirely intended to make us “share more.” Think of it, Facebook’s catchment is constrained to just social, isn’t it?

How about a network that hovers around you as you search, browse articles, flip through photo albums, translate languages and even while you manage enterprise mail? Behind that little black bar lies a curated stream; not a lounge with 750 million open-mic nights.

It’s not shouting. It just lies there, nestled and understated, reassured that it’s powered by the sheer scale of Google’s operational areas.

It understands that there’s a life beyond status updates (amazing how few posts without links are there on G+!) and we need a more productive network … not something unnecessarily more social.

And that is the reason I absolutely adore it.

Amrit Pal is an  engineering undergrad at BITS Pilani in Goa, India. A staunch Seth Godin disciple, he is engaged with social enterprise development and its coitus with the web. When not building startups across various sectors, he lovebickering about typography and design. His ramblings that occasionally matter can be read here.