The Art of Pointless Angst

Ken Mueller wrote a blog piece entitled 4 Little Known Blogging Secrets. It got me all worked up. The first 3 points were fine, but the 4th started my “rant-o-meter” running. The article was well written and, sadly, I agreed with all four points.

The problem was, I didn’t WANT the 4th point to be valid.

As a species we have evolved to be rather clever creatures. We learned to harness electricity, which is very impressive. Show me a single quadruped that has an electric blanket for a cold winter night. Nope, those silly creatures evolved to have fur. Point goes to the humans.

We have also crafted the art of sliced bread, which allows for sandwiches containing … yes … you know where I am going … BACON! Carnivores of the Serengeti don’t even bother combining their lunch-meats into sandwich form. It is so barbaric.

But our evolution has also led to sometimes exerting an enormous amount of energy and angst over things we can’t change, or can’t be bothered to change.

I have a female friend who is brilliant, fun, and, all would agree, has spectacular breasts. You can ask her, she would concur. Evolution has made men like them; Science has evolved to make them available for any woman who feels an upgrade is in order.

My friend hates breast implants. She will rail on them for hours, talking about how they are unnecessary and pointless, and it is just a chauvinist society making women butcher themselves to be accepted.

I have sat in bars with her, listening to her go on and on about this, usually after one of her less well-endowed friends has “super-sized.” What I hear is, “Damn it! I feel cheated and less special.”

It may be cheating, and all of her points may be valid, but the effort she spends won’t change a damn thing.

The logic in me knows that women prefer tall men, and I am 5’6”. I am well aware that glorious hair is preferable to thinning. It makes sense that quarterbacks are more highly prized than chess players. So I just move on.

But I am not perfect when it comes to the senseless rant.

The 4th point was that one should have teasers on the main page of their blog and if a person wants to read the rest of the post, they just have to click. 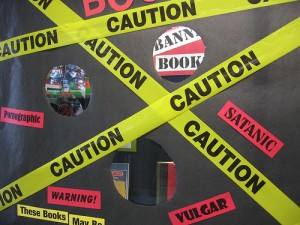 Damn, that makes me mad. I hate seeing those on blogs and almost always refuse to click. I know they are just doing it to increase their click counts, those cheating bastards. Why don’t they just write good stuff and let people read the post at their leisure?

I mean, my God, demanding that I apply the slightest amount of pressure on my mouse button and then to be made to wait a full three-tenths of a second, while I am delivered the rest of the article. Well, that is just rude.

Congress should do something! Ban the teaser!

The reality is that it does work.

My friend Bob has done this on his website. A year ago, we had similar traffic. Mine has remained the same (100 – 200 per day); his has gone up to 17,000 per day. There are other reasons, to be sure, but those teasers haven’t hurt.

So why does it piss me off so much? There are two possible answers.

1. I am a middle-aged, balding, generally bitter person, who has been rejected by scores of women, with and without super-sizing, and needs a lengthy stay at a psych ward or International House of Pancakes.

2. I find it easier to spend month after month complaining, than to take a little time to fix my own blog.

Why do we try so hard to change the unchangeable?

It’s simple. We want to feel special, but without the effort it takes to be special.

Perhaps, if I could just hear from all of you as to why I’m being an unreasonable dork, it might help me “Get Over It,” so I could move on with my life. Are you bothered by the teaser?

Or, conversely, I would love to hear success stories.

Now I’m off to play with Google +, possibly eat a bit of lunch on some sliced bread, and to revel in my superiority to the Serengeti sandwich-less lion. If you have any examples of “the art of pointless angst,” please do share. 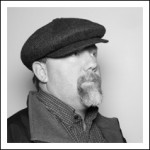 Brian Meeks used to make his living in the virtual world of Second Life, where he built spaces for corporate clients under the name Ecocandle Riel. When the economy went south, he turned to Social Media to feed and clothe himself.  In his free time, he does … well … social media … and publishes the blog Extremely Average. He can be reached by email at ExtremelyAverageOne (a) gmail (dot) com, or by carrier pigeon at the house with the big tree out front.