WOM: What’s Really Behind The Buzz 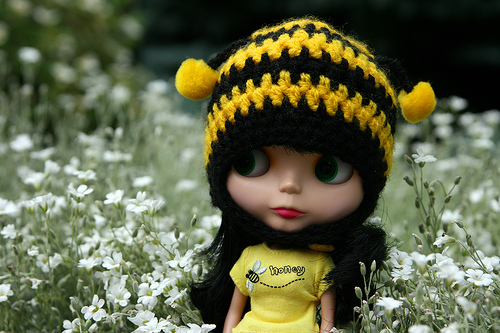 There’s one area within today’s creative industry that is not only comparatively new (when compared to more traditional disciplines), but is taking a growing foothold via a clear aptitude for maximizing effective use of the ever-expanding world of social technology.

It’s a clever integrated approach to working both alone, as well as in partnership, to complement other creatives with a very accurate title: ”˜word of mouth‘ (WOM).

I first encountered WOM when I arrived in London, and it has been something that has repeatedly piqued my curiosity, before disappearing again into my periphery for a few months only to emerge recently.

One of the most high profile WOM agencies globally is an outfit called 1000heads. With 10 years of operations already behind them (I’m told they were doing WOM before “social media” even existed), offices in London, Oxford, New York and Sydney, they have an impressive client list that includes Nokia, Universal, Procter & Gamble, Canon, SKINS and STA Travel. 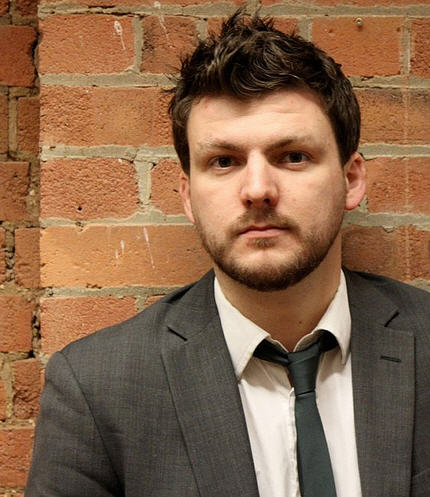 To find out a bit more, this month I caught up with 1000heads Engagement Strategy Director and all round Social Media Pundit, James Whatley (@whatleydude) to find out what all the fuss is about (thanks to James for his mug shot).

James and I first met a few months ago through mutual friends. To say I knew who he was (via the London social media circuit) would be an understatement.

What I didn’t know, was exactly what he did.

“You know when you go with a mate to a bar, and he asks what you want, and you say, ”˜I’ll have what you’re having’?’

“Via the very act of making that statement, you have probably ignored at least five to 10 forms of promotional alcohol brand advertising, between the time you entered the pub and the time you got to the bar. Rather, you simply trusted what your friend recommended. That’s what we do.”

Though this explanation was relatively simple, it very much stuck with me.

Then he followed it with this:

“There is a quote by Blake Chandlee, VP for Facebook EMEA, that goes, “A trusted referral from a non-branded, independent entity, is more powerful than any form of marketing, advertising or PR.”

“That quote underpins everything that I personally do at 1000heads; all we think about, all day, is finding ways to make brands conversational.”

I hate to admit it (and thus be accused of professional treason), but he kind of made sense.

According to James, the fundamentals behind 1000heads are built on three core principles: Understanding, Ideas and Relationships.

Or, in a slightly lengthier version, “Through understanding we have better, more creative ideas, which help foster relationships between brands and people.”

I get that these guys focus on reaching out directly to a brand’s consumers, rather than focusing solely on a medium, as many forms of traditional PR, advertising or marketing do.

But how do they measure and evaluate? How do they make it happen? Especially outside of the social media sphere, where they are often lumped with other social media or digital agencies?

This is where it gets interesting.

First, in terms of “how,” they listen. They listen a LOT. And they research and they monitor (sometimes for up to three months) just to find out:

a) Who a brand’s target audiences are; and

b) Who the key influencers within that community are.

Then they plan. They go to, sometimes, incredible lengths to create experiential opportunities to get those influencers talking about brands.

And talk they do.

But James had a few more pearls of wisdom to throw my way.

“First of all, with any new client, we place WOM at the center of everything that they do; we don’t talk about Social Media, we talk in terms of Social Interfaces. How and where can your consumer touch your brand? 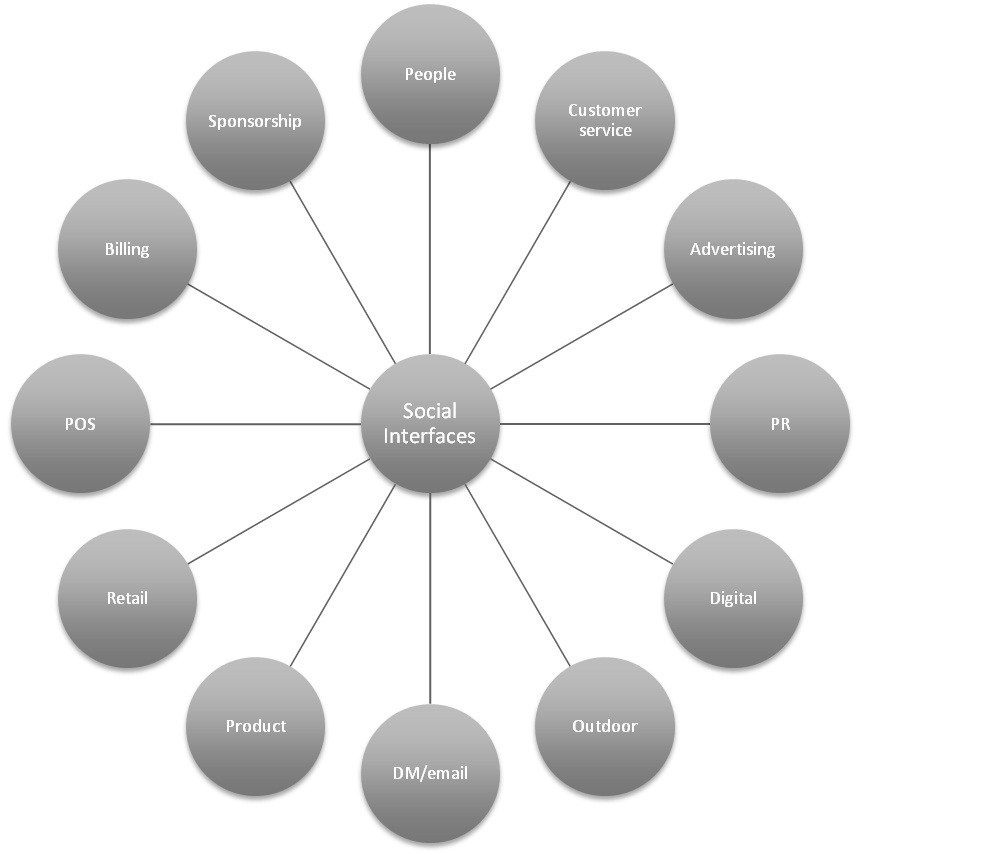 “From customer service, to PR, advertising, digital/web, retail & POS and even internal staff culture – we believe word of mouth affects everything in, around and about any business.”

“That’s the key part; it’s not all about reach. Yes, it plays a part, but it really isn’t the be all and end all.”

1000heads track, measure and evaluate all these things constantly using a variety of methods from their own custom “WOMTrak” technology, to random sampling, to web crawling, to numbers of complaints through a company’s customer care dept, to sales, online monitoring and sentiment evaluation etc.

There are a number of case studies that I recommend taking a peek at on the 1000heads Slideshare profile, but two in particular stood out to me.

The first focused on engaging a very niche community for major UK food retailer Sainsburys, to support the launch of a new allergy-friendly “Free From” range of products; i.e. products that are free from wheat or gluten or diary.

1000heads identified that this range would only appeal to those living with such allergies, but that this niche community was very active in sharing advice and had a nostalgic/strong emotional connection to foods they could no longer eat.

To engage such a niche community, and get them talking, they partnered with Sainsburys to host a large-scale dinner party where the key theme was that the members of this niche community could create the menu themselves.

So they were personally connected to the experience, the foods they had missed and the Sainsburys brand.

1000heads then followed up by sending each attendee a hamper of the “Free From” range. The results included 44,461 engagements throughout the target community – with “engagements” referring to the number of times a piece of content had been engaged with online, such as views for a blog post, retweets, video views, numbers participating and viewing a forum thread, etc. – and 14.9% of all online discussion around the Sainsburys brand being generated by the dinner party. 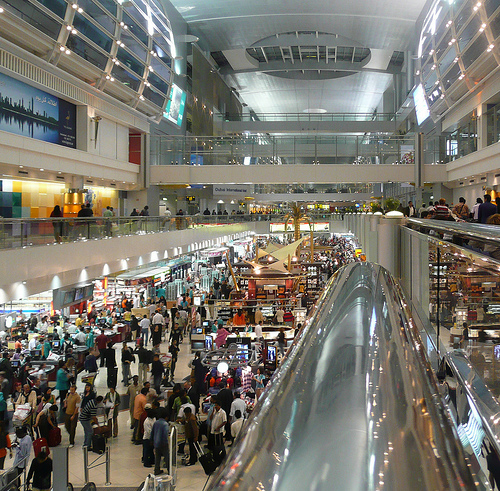 The other case study that I found interesting was focused on bringing offline advocates online for major travel brand STA Travel.

1000heads already knew that people talk about their travel experiences offline, and STA is no exception to this rule. However, they wanted to amplify this positive WOM by bringing STA’s advocates online.

So they brought in the Top 10 STA travel advocates who did not already have an online presence, taught them the tools of the trade and sought to inspire them with existing examples of travel-based social media best practice.

Once they had the advocates interested, they then created a centralized online hub – integrated into the STA website – where they could signpost and showcase their advocates’ work.

The genius of this, for me, was not that it created positive online buzz for the brand, but that 1000heads created the infrastructure for a long-term, self-sustaining, positive online community (which they now continue to stimulate with new challenges and collaborations).

Results? STA Travel now has an online reach – i.e. new content created – of 475,000, and their original Top 10 advocates now generate 24% of all online buzz around the brand.

Leroy Stick, the guy behind the infamous fake BP Twitter account, drove this home. When he “came out” in June of this year, he wrote, “… FORGET YOUR BRAND. You don’t own it because it is literally nothing.  You can spend all sorts of time and money trying to manufacture public opinion, but ultimately, that’s up to the public, now isn’t it?”

Taking public relations beyond the medium

Coming from a traditional PR background, where, as a industry, we are often forced to stop at the medium and struggle to quantify its specific reach and effect, I can’t help but wonder where the future will take us.

Will WOM become an integral part of an increasingly integrated communications offering from all agencies? Or, if we PR pros become smarter about looking beyond the traditional boundaries of our media-relations focused discipline, will it – in time – take the lead?

Bryce Keane is an international communication professional who’s worked in both the EMEA and Asia-Pacific regions. Originally from Melbourne, he is a Senior Account Manager with London-based The Propeller Group, and has a keen interest in issues that affect the global communications industry. Bryce is always interested in hearing from other communications professionals with thoughts, feedback or just for a chat. He publishes The Boy in the Bar. Reach him on LinkedIn or Twitter.