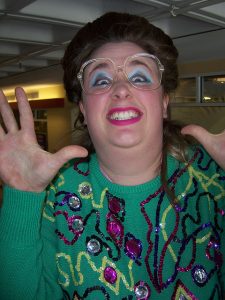 In recent years, I’ve noticed a surge of interest from the PR world in “integrated communications.”

Over the last few years, there have been more I.C. tracks at conferences, which I assume are programmed because that’s what post-conference surveys indicate attendees want, the kinds of webinars that do well, etc.

I see a lot more pros looking at a multitude of tactics, and how they can play well together (Matt’s post on Snapchat from Wednesday is a great example of that).

In fact, today I think it’s not so much the question of whether one should or shouldn’t “integrate” one’s communications. It’s how to do it better and more effectively.

The whole point of business communication is to help achieve business goals.

Which is also why I’m stumped as to why this is a thing NOW.

When was it ever ok – at least in theory – to NOT be strategic about one’s communication mix, working towards a specific outcome, and accordingly, incorporating the tactics that made the most sense?

I said “in theory” for a reason.

Because the reality is that in practice – even today – business communications can as often be fragmented, silo-d and all-round just dumbass, as not.

And then we cry because we don’t get more budget, more staff, promotions…

At what point in the history of PR (or marketing) did any authoritative figure (person/organization) say, “Hey, it’s cool to chase after shiny new toys and bung them into our work, finished off with bedazzlers and unicorns, regardless of whether or not we need them“… ?

Way back, when I first started working in PR, I basically had no clue what I was doing. But instinctively, I knew two things:

This is why, regardless of how many “gold stars” I got on my media coverage reports – yes, at my first agency job in the U.S., my boss would put gold star stickers on a particularly hefty report, and it thrilled me to bits! – I wanted to know how we were putting “butts in seats,” as it were.

Of course, back then, it was literally about butts in seats, because the agency I worked for did integrated marketing for Bay Area engagements of Broadway shows.

So if our work didn’t lead to butts in seats… we could look forward to a good old paddling (not really, but I wanted to keep going with the butt theme).

This is in large part why I became fascinated with measurement.

Because if my work was not putting butts in seats, or at least getting people to call the ticket office… what was the point?

Some PR purist is probably going to exhale fire and brimstone at me, accusing me of thinking like a “marketer” as opposed to a “PR person.”

And you know what I say to that?

Whatever. Run back to your cave, Drogon. (Actually I was going to use a synonym for massive “word that rhymes with Reese’s,” but I won’t.)

The reason PR is STILL not taken seriously: too often we lose the ‘why,’ focusing on the ‘what.’

Never mind the “how.” Except if it’s tactical, then we’re all dancing on the streets in our pajamas.

But if the “how” relates to how it actually moves the business forward, or “why” we bother doing anything … oh, a mouse couldn’t run faster into its hole.

What integrated communication is not about

Keep the blog posts and ebooks and podcasts and Blabs on Facebook Live and Snapchat and Blab (see what I did there?) and VR coming – absolutely.

We have some really fun platforms and tactics around, and we should absolutely learn how to use them.

But at the end of the day, they are ONLY useful if:

That’s what integrated communication was, and is, about.

I’ve had my rant for the day. What say you?

Page load link
Manage Cookie Consent
As you use our website, we and our third-party providers collect your internet and other electronic network activity information (IP address, device information, and information regarding your interaction with our website) via cookies and other technologies. We use this personal information to enhance your user experience, to conduct analytics, and to support the services we provide to you. To learn more about how we use cookies, review: