Bubble or No Bubble, We’ll Still Be Social 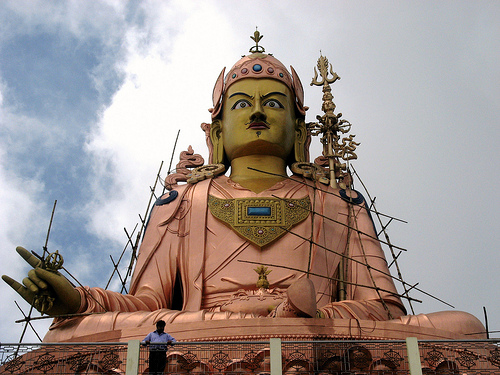 “To a man with a hammer, everything looks like a nail.” ~ Mark Twain

Far too much has been said on the valuations of the social web startups.

With hundreds of “me-too” of them fetching record influx of hands-on capital, a dash of cynicism is all but obvious. Ideas like Color, which wouldn’t have cleared seed-level funding a year or two back, spent $350,000 solely on buying a new domain! Even for a startup that fetched $41 million, that is plain wasteful, if not irrationally exuberant.

The Guru is dead, long live the Guru.

Incessant “social media for business” workshops mushrooming all across India are minting unthinkable cash from what can best be justified as rudimentary skills in social media. Redundant strategies are disbursed in sessions with over 500 attendees, about an area as dynamic as social media! In other words, there’s a whole pack of self-proclaimed SM wolves (another designation, yay!), waiting to pounce on laggard corporations.

I posed this question to one of the breed recently at a conference. And the answer?

“Of course, we know this social-media-is-cool phenomenon makes big, bulky, white-elephant-ish corporations go tingly in their eyes. Currently, the money is fast and the firms naÃ¯ve. Why miss out on making a quick buck?”

I decided to do a worst-case analysis.

What if Facebook comes crashing down tomorrow (or worse, people just get bored)?

How many jobs will the avalanche swoop with itself?

How sustainable is this and what is at stake?

Honestly, most of the early adopters of Facebook are way over it, using it merely as a medium of being there because they have to be. Sure, it translates into a great parallel channel for personalized engagement with brands, but for how long? How long before the average Joe out there goes off-consumption too? How long before even “asking for permission” becomes noise?

I believe there’s an immediate need to constantly and renewably innovate for these channels to stay relevant and contextual.

[Twitter, I’m glad to say, still amazes me on a daily basis and I hope we’ll agree unanimously … on the fact that it drives us more towards a relationship-based trajectory than any other medium out there. Strangely, it brings some relief that it hasn’t been overvalued or ballooned.]

Gary Vaynerchuk recently spoke to TechCrunch about how “99.5% of social media gurus are clowns.”

To which I have a question: don’t we just get it?

Sorry, but I don’t need a valuation to figure out whether a person, brand or channel is genuinely interested in me or just another of the breed. It doesn’t really take more than a few conversations to figure out the genuine players amongst the fringe ones. I questioned myself a few times about the people I know via these channels and I always had an answer. Do you too?

That’s where I believe being contextual matters more than ever.

And why you shouldn’t be worried.

Because, from the very beginning, if the objective was not to build relationships, they were not going anywhere.

Will these lose their relevance? Never.

The tools to connect – maybe. But the relationships – never.

Long live relationships. And well, good luck to the gurus.

Amrit Pal is an undergraduate engineering student at BITS Pilani in Goa, India. A staunch Seth Godin disciple, he is engaged with social enterprise development and its intersection with social web. When not building startups across various sectors, he loves bickering about typography and design. His ramblings that occasionally matter can be read here.