The Case for Nonprofit Storytelling 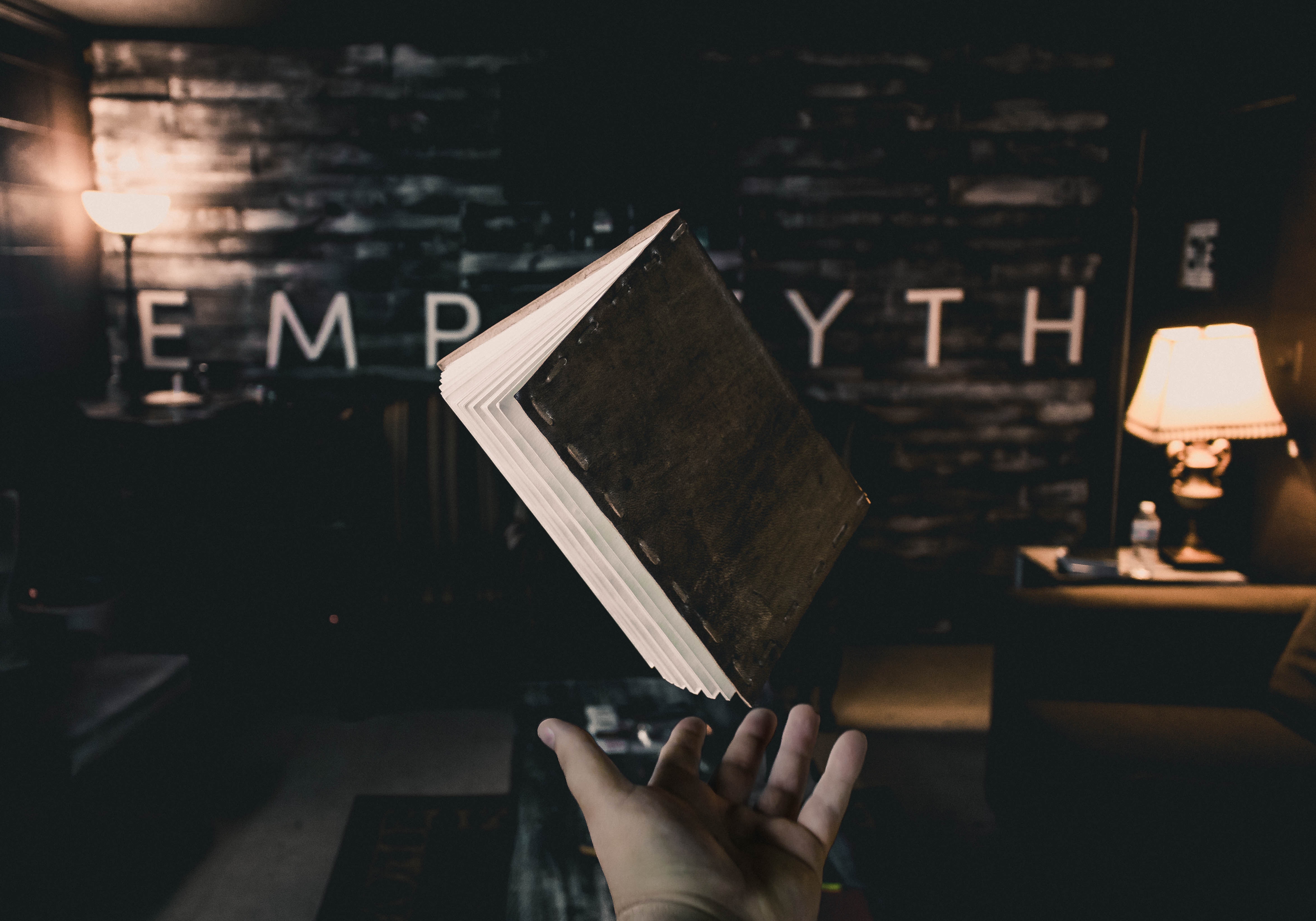 Storytelling: whether you’re in PR, marketing or a like-minded communications discipline, it’s stories that affect change.

Statistics can draw us into a campaign. Humor can hook us. Shocking imagery can, well, shock us.

But stories have us coming back for more.

As a strategy, nowhere is this more important than in the nonprofit sector. Why? Because nonprofits are presented with a unique challenge and opportunity at the same time.

They aren’t selling anything. Well, not really. They aren’t marketing a service or peddling a product.

That’s an opportunity. Nonprofits have a purpose. A goal beyond sales. An altruistic aim.

That’s also a challenge. They aren’t selling anything. So what’s the ROI?

Investment? Nonprofits typically don’t have the resources to invest (heavily or otherwise) in marketing.

So they have to rely on the story, and telling that story, to get the job done.

Stories affect change and we are storytelling animals, according to Jonathan Gottschall’s The Storytelling Animal:

“Did you know that the more absorbed you are in a story, the more it changes your behavior? That all children act out the same kinds of stories, whether they grow up in a slum or a suburb? That people who read more fiction are more empathetic?

Most successful stories are moral—they teach us how to live, whether explicitly or implicitly, and bind us together around common values. We know we are master shapers of story.”

The Science of Storytelling

Back in 2014, two researchers, Keith Quesenberry and Michael Coolsen, published a study. They conducted a two-year analysis of over 100 Super Bowl commercials to determine what made one better than another.

The findings, according to Harrison Monarth in the Harvard Business Reviews, indicated that regardless of the content of the ad, the structure of that content predicted its success.

“People are attracted to stories,” Quesenberry told Monarth, “because we’re social creatures and we relate to other people.”

Easy, right? In theory, sure. Tell a great story. People will act.

But there are a lot of stories out there. A. LOT.

Nonprofit Storytelling: Cutting Through the Clutter

The commercials Quesenberry and Coolsen studied? Million dollar investments wrapped into 30-second stories. That’s hard for a major brand to measure up to.

How does a nonprofit compete?

Sure, it starts with a good story, but execution, distribution, measurement and expectations—how, where, and to whom that story is told, what you’re measuring, and having a sense of what you’re trying to achieve—will tip the balance.

Nonprofit Storytelling and the PESO Model

The PESO model takes your paid, earned, shared, and owned media and integrates them.

One component doesn’t work without the rest and when they’re all firing together: storytelling magic.

The story gets things going. It’s the “owned” in the PESO model and the foundation upon which we build our campaigns. As noted, statistics can sway an audience.

But a story can inspire them to action.

For example, Women’s College Hospital (WCH) in Toronto, Canada, had an identity issue. How were they different? What set them apart. They wanted—needed—to stand out amidst the other, bigger hospitals.

To do that, they needed a story to tell, and a way to tell it.

According to the Fleishman Hillard Highroad case study, the WCH story was based on an important insight:

“Women are largely overlooked and underserved by the [health] system because the impact of sex and gender differences were traditionally not taken into consideration.

In fact, until the 1990s, medical research was largely conducted by men, for men.”

The story that unfolded is called The Health Gap.

Like the wage gap that inspired it, The Health Gap tells a familiar story: “Many women are overlooked and underserved because healthcare has traditionally not considered the impact of sex and gender differences.” 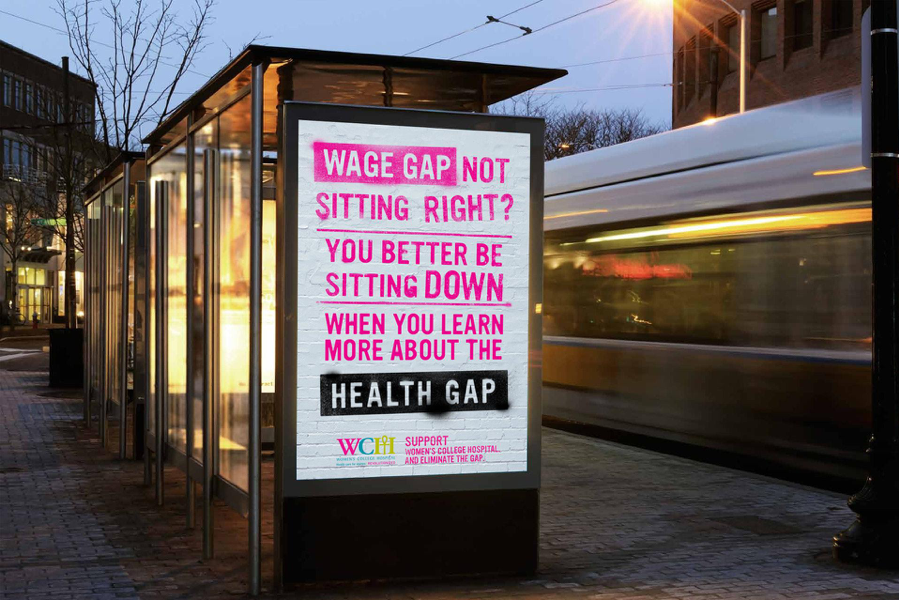 Yes, admittedly, there is and was some significant budget behind this campaign, but smaller, budget- and resource-strapped nonprofits can learn from the experience.

The “big spend” components of the campaign (like the fun bus shelter ads) were great for general awareness, but they reportedly didn’t have the biggest effect. They weren’t the difference makers.

It was the patient stories. It was the targeted, paid social tactics that got them in front of the right audiences, inspiring and converting donations and volunteers, generating traffic to the website and sparking conversations across social channels.

The story was being told. It was being shared. And it was resonating.

It wasn’t the facts. Not the data, even though there was lots of it. The patient stories created the emotional connection and something for the audience to rally around.

The emotional connections stories create—facilitate—aren’t just about converting leads and inspiring action. They create a shared narrative. A shared understanding and an empathy that is foundational in building a community.

And where impressions, traffic and clicks can be components of a successful campaign, the creation of an emotionally-invested, active community is an invaluable goal.

“It is the best tool we have for understanding what it must feel like to be someone else … It enables very different people to discover their shared values and connect to each other as humans, rather than as professionals.”

Those people connect. They form a community with shared stories and goals.

Snappy ad copy can’t deliver that. Nor can a double-tap, like or share. They can help. They’re part of the integrated process. But the emotion, the empathy and the community come together through the story.

Communities keep the stories coming. They help people understand where their money and efforts are going. They provide help and support and activism around the mission or cause in question.

And they connect through their shared stories.

As amazing as we know stories and telling them can be, we can’t stop there.

As we noted earlier, there are a lot of amazing stories out there. Having a good one, and telling it well through your integrated PESO model-driven strategy, is only effective if we measure the results.

Some may say that the best stories are timeless. They don’t change.

I would argue the opposite: the best stories hold up over time, because they can change.

Why? Because of who’s doing the telling, who’s listening and how the story is being told. And this is where budget and resources don’t necessarily play a role.

As much as I’ll laud storytelling and how it’s the foundation nonprofit marketing rests upon, the second-most important component is what we can learn from them.

And that means we have to talk about measurement.

Being able to effectively measure the results of your storytelling activities (and knowing what to measure) is what keeps the ball rolling.

Knowing this information not only ensures organizations (nonprofit or otherwise) can keep telling their story in new and inventive ways, but they can save money by not focusing on the formats, channels and audiences the story isn’t resonating with.

Another part of good storytelling, is listening. What are people saying about your story? Your brand or organization? How are they saying it?

If you’re monitoring and paying attention, are you taking heed? Are you incorporating what you’re learning into your nonprofit storytelling strategy?

Perhaps more importantly—and this ties back into the community rallying around your stories—are people being given a chance to engage and tell their own stories?

Are you paying attention to what they’re saying and incorporating that into your nonprofit storytelling strategy?

Storytelling is important, but it is a cog in the machine of your larger strategy. It’s part of the PESO model, so there is a science to it.

But for nonprofits, while that methodology is important, ultimately it’s about connecting with donors and volunteers.

It’s about making a connection and stirring up their emotions. A news release, a blog post or a tweet can’t do that alone. They rely on story to make that happen.

“A story can go where quantitative analysis is denied admission: our hearts.

Data can persuade people, but it doesn’t inspire them to act; to do that, you need to wrap your vision in a story that fires the imagination and stirs the soul.” 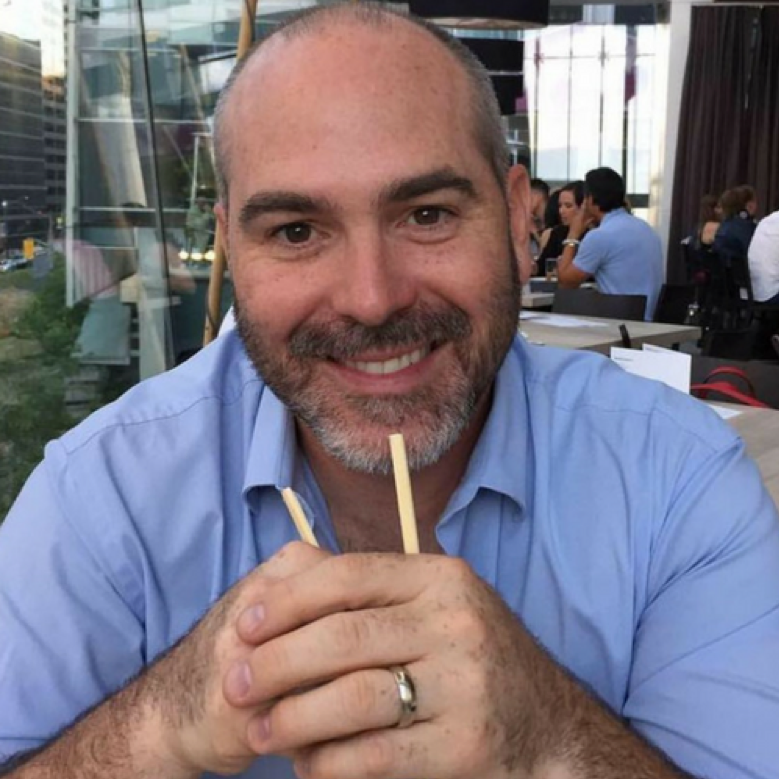 Mike Connell is the director of client services at Arment Dietrich, an integrated marketing communications firm. He is also a contributor to the award-winning PR blog, Spin Sucks, the leading source for modern PR training, trends, and insights. Find more of Mike’s musings on his blog, Communative. Join the Spin Sucks community!