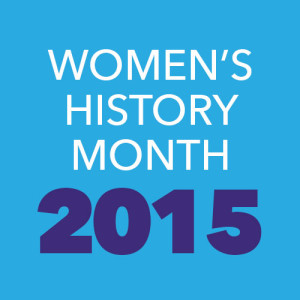 We’re at the tail end of Women’s History Month; a month where ”” according to the The Library of Congress, The National Archives and Records Administration, The National Endowment for the Humanities, The National Gallery of Art, The National Park Service, The Smithsonian Institution and The United States Holocaust Memorial Museum ”” we “pay tribute to the generations of women whose commitment to nature and the planet have proved invaluable to society.”

That’s a whole lot of tribute paying! And rightly so. For centuries, women have been trailblazers in all aspects of our society. From the arts, to politics, to science, to culture and much more, countless women have opened doors small and large for the generations of women who’ve come after them ”” little old me included.

So as I sit here at my desk, day after day, journalizing content for brands to use across their digital storytelling channels, I can’t help but wonder about the legions of women in PR who came before me. Besides my own professional drive, desires and initiative, how did I “get here,” so to speak?

“Which women opened the PR doors, creating a career path that allows me and many other female folk to make a living?”

Out of the multitude, here are three.

For all intents and purposes, the profession of public relations seems to have been formally founded in the early 1900s. This is not to say, of course, that prior to the 1900s, there weren’t countless examples of specific individuals using their influence to change or impact public opinion. But by and large, the birth of public relations as an actual profession is just over a century old. 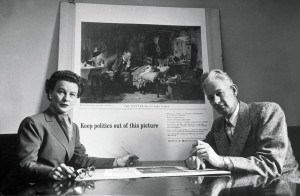 In the midst of all these male publicists, there came Leone Baxter (image source: The New Yorker). Baxter and her husband, Clem Whitaker, joined forces to launch Campaigns, Inc., the first political-consulting firm in the history of the world.

So good was this political PR duo that Upton Sinclair, who won the 1934 Democratic nomination for Governor of California, blamed his doomed gubernatorial bid on what he called the “Lie Factory.” I quote The New Yorker (link above):

“I was told they had a dozen men searching the libraries and reading every word I had ever published,” said Sinclair. “They had a staff of political chemists at work, preparing poisons to be let loose in the California atmosphere on every one of a hundred mornings.”

Actually, they had, at the time, a staff of only two, and the company wasn’t called the Lie Factory. It was called Campaigns, Inc.

Yeah, this pair was that good.

For the time, Baxter’s and Whitaker’s work was considered absolutely groundbreaking. Even today, the tactics they created and used to attack Sinclair in the 1930s are still widely used in campaign strategy more than 80 years later.

Unlike her husband, Baxter was more behind the scenes. In an interview she gave during the 1960s, Baxter was asked if political public relations actually transfers political power into the hands of those who exercise it. Again, from The New Yorker:

2. “In Her Own Name” Doris E. Fleischman 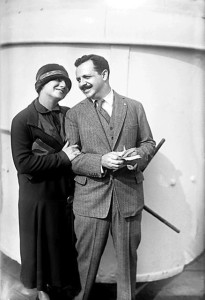 It wasn’t until Doris E. Fleischman (image source) came around in the 1920s that engaged women began to think about taking their husband’s last name a bit differently.

You see, Doris received her first dosage of publicity by showcasing her passport, which touted her own name rather than her husband’s last name. This was a riveting moment in women’s history: Fleischman’s new U.S. passport was, up until that time, the first ever issued to a married woman in her maiden name.

Outside of her “in her own name” notoriety, Fleischman began her career in public relations by helping with fundraising and publicity for a New York charity. She later accepted a job with the New York Tribune, where she became a reporter for the women’s pages, moving up to become the assistant editor, where she covered news such as the women’s suffrage movement. She continued to rise through the editorial ranks, and eventually became the assistant Sunday editor.

After her tenure with the New York Tribune, Doris received a full-time job offer from Edward L. Bernays (yes, that Bernays) whom she married in 1922. In equal partnership with her husband (working in their public relations firm that bore””and would always bear””his name alone), Doris worked as a freelance writer, wrote press releases, organized events, wrote articles and interviewed clients. Occasionally, she counseled clients in the arts, business, government, and education. It’s no surprise that Fleischman, an ardent feminist, also advocated for issues such as women’s pay and the advancement of women in media careers.

Today, PR trades abound. But they may never have existed had it not been for Denny Griswold (image source), the founder and editor of the first known industry publication focused on public relations issues and trends.

Griswold began her PR-focused trade newsletter, Public Relations News, in 1944. This was a time when – according to her obituary – there were no more than 25 formal corporate public relations departments in the U.S., and about 100 companies that described themselves as handling public relations.

More than 71 years later, the top 250 PR agencies in the US earn revenue in the millions, proving that public relations as a profession is beyond mainstream today. But back in the 1940s, PR agencies were just getting started. To have launched a PR-focused trade newsletter at the early start of what was to become a full-fledged profession was beyond visionary.

Before founding Public Relations News, Griswold served as a radio commentator for the Mutual Broadcasting Co., a script writer for NBC, on the editorial staff for Business Week and was managing editor of Forbes magazine.

I feel in awe of this trio of PR talent; they were so ahead of their time and didn’t even know it.

Their accomplishments and efforts were achieved amidst what was, at the time, an intensely male-dominated field. Yet their passion and tenacity for public relations broke through the gender walls and paved the way for the likes of me who, now more than 90 years later, continues to build upon the professional momentum these women created in my own small way.