How Netflix Could Solve its Price Increase Debacle

If you haven’t, it can be summarized as a discount for streaming-only customers, and a huge price hike (up to 60%) for people who like to get DVDs from them in addition to the streaming.

Our family happens to enjoy both, and evidently we’re not alone.

Since the emails started rolling out, Netflix has been taking a beating of “Dear Netflix – ” tweets, comments (38,007 as of this writing) on its Fan page, and overall really bad sentiment across the blogosphere and social media.

A solution to the problem

The best argument that I’ve seen for Netflix is that the studios are squeezing it for more money. As early as 2009 there was an indication that studios were going to be squeezing more out of their DVD products.

The only problem is that is a relatively weak argument. “Why is that?” you ask.

There is absolutely no reason why Netflix couldn’t honor its current customers’ pricing and raise the prices for new subscribers. This would prevent the loyal subscribers from feeling like they are being gouged.

You know; the people who helped put their local Blockbuster out of business by loyally ordering their DVD rentals from Netflix the last few years. Yep, those “valued customers.”

A relatively strong brand has been tarnished. That is unfortunate, but it is a self-inflicted wound.

What would you do if you were Netflix? 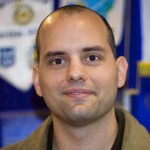 Joe Hackman is an entrepreneur, blogger, podcaster and technology advocate. He founded IT services firm Managed Solutions in 1997. In addition to that, he is a CMO/CTO at a startup. More about Joe at http://joesgonesocial.com.