How NOT to Communicate: A Lesson From US Lawmakers

Home>Crisis Communications>How NOT to Communicate: A Lesson From US Lawmakers
Estimated Reading Time: 3 minutes
Previous Next
Share9
Tweet21
Pin
30 Shares 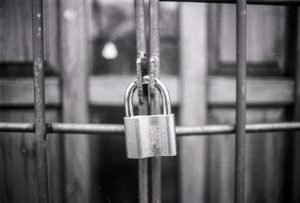 Want to learn how not to communicate? Just take your cues from U.S. lawmakers.

From a political and governing standpoint, the state of affairs on Capitol Hill is absolutely deplorable.

Now, by the time you read this, the government shutdown might be over (I don’t trust any “deals” unless they’re inked, but that’s just me).

But temporary reprieve aside, it would seem our political representatives could do with a refresher in Crisis Communications 101:

Last week, and over the weekend, after failing to come to a deal to fund the government for three weeks, lawmakers on both sides of the aisle had little better to do than to issue statements blaming each other for their failure to engage. And each claimed to speak on behalf of the electorate.

Here are a couple of quotes, as reported by the Tampa Bay Times:

“The American people cannot begin to understand why the Senate Democratic leader thinks the entire government should be shut down until he gets his way on illegal immigration,” said Senate Majority Leader Mitch McConnell, R-Ky., hours after a last-chance Senate vote failed.

Democrats feel “very, very strongly about the issues” said Sen. Chuck Schumer of New York, the Democratic leader, adding that he believes “the American people are on our side.”

Depending on which poll you look at, each of these quotes could be somewhat accurate.

But from a messaging point of view, they are complete and utter failures.

Because regardless of which side of the aisle they typically inhabit, what most of the afore-mentioned American people “cannot begin to understand” is how the people they elected are quite so incompetent.

Or, how members of Congress continue to get paid during a shutdown, unlike their staffers (who make little enough as it is) or federal employees, when these are the two groups that do the bulk of the work to actually keep the government (and country) running.

For heaven’s sake, have they been taking lessons from Veep?!

Do yourself a favor. If you’re working on your organization’s crisis communications plan and messaging, remember that no one – NO ONE – is interested finger-pointing.

They want to know:

There’s time enough to play the blame game once disaster has been averted. That’s what postmortems are for.

What big girls and boys do in a crisis, though, is to talk as little as possible.

Instead, they do the work and get things back on track. Because actions speak far, far louder than words.