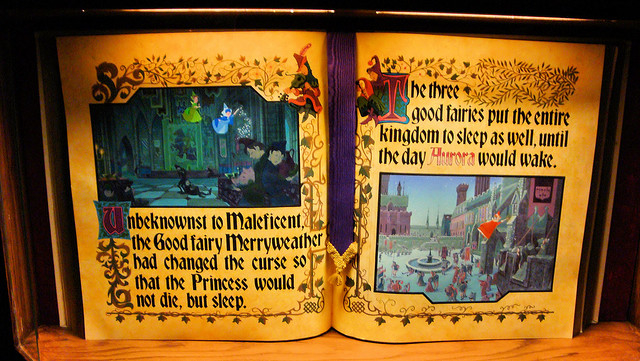 I actually have a bunch of them.

They have characters with goals, conflict, resolution, drama, often a quest and a love interest.

They’re also make-believe, so even if they have somewhat terrifying elements in them, we can comfort ourselves by knowing they’re not real.

They usually have some kind of lesson (usually good conquers evil in some shape or form) and we try valiantly, as children, to live up to those lessons.

And they almost always end with a “happily ever after.”

What’s not to love?

If you are looking for ways to energize your public relations and social media efforts in the new year, you might want to re-read a fairy tale.

I’ll tell you why in a minute.

The story of Samuel Gordon Jewelers

If you’ve been reading my BNET column (what do you mean, you’re not?! Sign up post-haste!), you’ll remember I profiled Dan Gordon and his use of social media.

It’s where I told his story.

Now, I’ve written before about how public relations is really about telling your story.

And what people like Dan and SGJ are doing is using social to break the mold of traditional PR and take it several steps further.

They’re not just telling their own stories well.

They’re doing such a good job of it, that they’re getting their customers and community to tell their stories for them.

When I told his story at GrowSmartBiz 2010, one of my favorite responses was from Vanessa French, when she said, “What a terrific story.”

“What a terrific story!”

Back to fairy tales

Regardless of which one is your favorite, fairy tales are terrific stories.

And more than anything, they teach us how to tell stories.

And that is what is really key in the “new” public relations world.

It’s not just about replacing one-way messaging with two- or multi-way dialog through several channels, though that is certainly part of it.

It is really about using the channels so well, building such good relationships with one’s community, that they are energized to tell your story for you.

I mean, when you think about it, that is really what we want out of PR, isn’t it?

First, we want someone to understand what it is we do.

That’s the main thing; if our customers don’t even understand what we do, we can pretty much take the rest of our PR strategy and shove it up the chimney.

Then, we want them to relate to us; to find a connection between the story we’re telling and their own lives and stories.

And as this story is told over and over again, that people will use our services, buy our products, donate to our causes, etc.

So integrating traditional and social channels into our outreach is just the beginning.

Public relations really comes into its own when you’ve told your story so well, and connected with your community so well, that they start to tell your story for you.

I mean, look at me. I’m not even a customer of Dan’s, yet I tell his story all the time.

Let’s make them so terrific, that other people will tell our stories for us.

So, come on, then. What’s your favorite fairy tale?