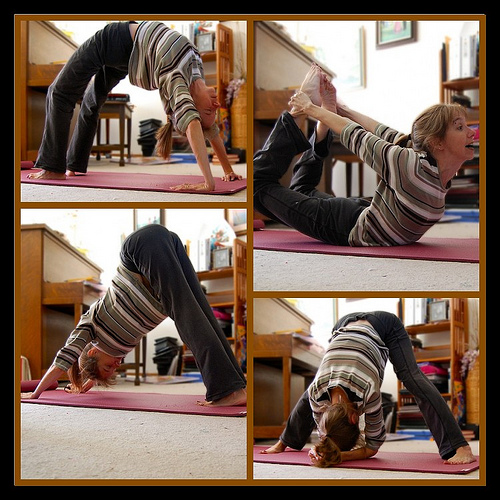 Systematizing to get to the core process

Back to thinking about walking the social media talk, or vice versa…

Yet again, the comments on the two posts preceding this one were quite wonderful.

But to pick up where I left off yesterday, I’ve been thinking more and more about the mechanics of social interaction.

By itself and without context, “mechanics” can be a dreadfully cold and antiseptic word, conjuring up images of cogs and wheels and forceps and formaldehyde and things that go “whrrr” in the night.

When we use it, it can make us feel, well, mechanical.

As in, not human. Bots. Machines.

When I started thinking about the mechanics of social interaction (as I choose to call it), I was thinking more of the processes that we can put in place to help ourselves systematize the social media walk.

In other words, can we create some kind of schedule, some kind of regular system that we can practice on a regular basis, to:

1) get ourselves used to how this whole thing works, and

2) by getting comfortable with the process, transcend it to kick our engagement up a notch?

While I like to explore my independence and creativity, it gives me comfort to do so within some kind of framework.

Now, that framework might not work for me after a while, and that’s when I seek – or create – a different framework.

But it still helps me to have some semblance of guidelines

… to adhere to, by which I can become so comfortable with the process that, after a while, it is second nature to me.

And that’s when I start moving beyond the process, and start seeing the core promise of that process within reach.

For example, when we embark on a fitness/weight loss program, we’ll create a process for ourselves.

Essentially, we create a way to stick to a schedule.

If we get to the point where the schedule becomes second nature, however, we really start enjoying the benefits of the process… and then the core promise of that process – feeling better, looking better (and who doesn’t want to look better?) become much more tangible.

See what I mean?

As I’ve been thinking more and more about this, here are some of the mechanics of walking the social talk that I know I have to put into practice more.

First, I need to do a better job about commenting on other people’s blog posts. While I try, usually the reasons I don’t comment are twofold:

b. I find a post I like enough to comment on, but I find it so late that there are a gazillion quality comments ahead of me. As a result, I’m not sure that adding a comment to the pile adds any value.

But this isn’t good enough.

With more than 151 million blogs around, surely I can find at least three quality posts a day to comment on?

Now, clearly not all those blogs are going to be on topics I’m interested in, but surely some are. So that’s my measurable objective. A small one, but I’d rather start small and go from there.

How else can I find quality reads?

Since I’m a fairly organized kind of person, I can do this by subscribing to the blogs of people I talk to regularly on Twitter and/or Facebook, particularly those in my industry; organizing my Google Reader into folders by subject; and setting up and reviewing searches for keywords on a regular basis.

I actually did this the other day (Wednesday, if you want me to get specific).

And just in a couple of days, I’ve noticed that it has not only made reading easier for me, but that it is less stressful.

By the way, Amy Mengel wrote a great post on organizing one’s reading last year, and it’s stayed with me.

(I was also touched that she included WUL when my frequency of posting was, quite frankly, pathetic.)

This point was really brought home to me by Robin Ferrier (who sparked this entire discussion).

Robin’s not just a contributor to Women Grow Business (disclosure: client), but probably the most regular commenter on posts from her fellow bloggers.

And as you know, it can make a huge difference to get even one comment on a post. Robin, God bless her soul, is often (more often than not) that first commenter.

So if Robin can do this with WGB, so can I; I’m the editor, for heaven’s sake!

In trying to figure out why I haven’t been doing this so far, I realized that it was because I was trying to maintain some kind of editorial boundary… that if I’m editing a post, maybe I shouldn’t be commenting on it.

But I honestly don’t know if that argument excuse holds any water.

I’ve been watching how Gini Dietrich does this; she’s really good, striking just the right balance between benevolent goddess (which I am not, goddess, I mean) and encouraging facilitator.

That’s something that I can at least aspire to.

If you are a regular reader of WUL, you’ll already have noticed that you’ve been seeing a new post every day.

For many of the prolific bloggers I see and try to learn from, this is small potatoes.

In her response to my first “walking the talk” post (as in, “how” are you doing this?), Julie Walraven said,

“The number of posts I produce is much higher than it was in the beginning and I use multiple platforms. I find that even though I am busy, I meet really great people who get it on blogs that have active bloggers who are passionate about life and whatever content they are expert in. My connections literally span the globe but they start with small comments you might make to the person next door.”

This is exactly what I’ve been trying to do.

I’ve had some great help, as I’ve been slowly growing a team of regular guest bloggers (started with one, up to eight now, woo hoo! though two are yet to be introduced to you) who are generous enough to share their perspectives on the practice of communication around the world.

(And yes, I’m always looking for more, especially from outside the U.S., so if you’re interested, please ping me.)

And working to an editorial calendar has also helped immensely.

In addition to producing consistently, I’ve upped my use of Facebook – which I have started enjoying more, simply because I’m commenting and engaging more on other folks’ profiles – Amplify and, of course, Twitter, which will always remain my hands-down favorite socnet.

I’ve found that a history of consistency makes a huge difference.

Even if I get slammed with work and disappear from Twitter for a while (or another platform), when I come back, I can pick up the conversations as if it was just the other minute we were chatting.

Isn’t that what they say about good friends?

But we can only do that if we have built up a history of consistency.

Of being there. Of responding. Even if it’s after a few days. Just catching up.

So if I’m going to do all this, and do it consistently, it stands to reason that I have to factor this into my regular work day.

This could be a bit of a boondoggle.

Factor this, factor that.

Good heavens’, with all this factoring, what room do we have left for spontaneity?

For me, at least, if I have some idea of what I have to do during my day, it makes me more productive.

So while I haven’t yet mastered the perfect schedule for myself, I do, at least, write down (yes, write, as in physically put pen to paper) a list of what I need, want and hope to accomplish every day.

The needs have to get done.

If the wants get done, that’s great. And if I make it all the way to the hopes, I’ve hit the jackpot.

Which leaves me room to be heretically productive. 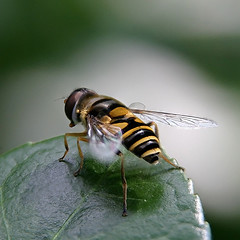 One more word (or several)

I have been trying to pay attention to conversations on Twitter, etc., and think I do a decent job of participating in the appropriate conversations… sometimes being overly talkative (because I do try to respond to messages as much as possible).

But none of that is in the process stage; I am so comfortable with Twitter – even Facebook – that I think I’ve gotten to the “second nature” part of those platforms.

It’s upping the engagement on blogs that I need to do a better job of … by getting to the point where the mechanics are second nature, and I see beyond them to the core promise.

Which is richer interaction, stronger networks outside of 140 characters and, yes, being able to parlay those into business relationships as and when appropriate.

This is going to be one of my main points of focus for 2011.