Why Mediocre Writing Is All Jane Austen’s Fault 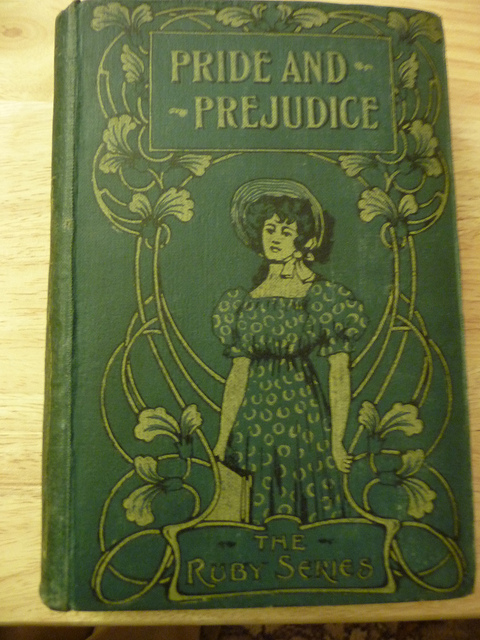 We are surrounded by mediocre writing, and it’s all Jane Austen’s fault.

I doubt there is no doubt

Be warned, I’m going to sound like a curmudgeon. But I am sick and tired of blog posts that begin with, “There is no doubt…” or some variation thereof.

You know the ones I’m talking about. They’ll start off with, “There is no doubt…” and go on to make a statement so banal, so puerile in its obviousness, that you have no choice but to shake your head, roll your eyes, and yell, “No duh, Sherlock,” while doing the hokey pokey.

By the way, have you ever tried doing all that? At the same time? It’s impossible.

If this type of post doesn’t start with the author’s declamation of absolute certainty, it’ll start with an equally vapid phrase, the accuracy of which could be picked apart quicker than a squirrel could bury an acorn, if we so chose:

“It’s no secret that…” (Then why are you wasting my time telling me what I already know?)

Come on, people! What happened to the good old days of just saying something? When did we start needing to preface our thoughts, our observations, our opinions with unnecessary qualifiers? Just like Mary Barber wrote in a terrific guest post here on WUL a while back, if you want to thank the Academy, just say so.

“It is a truth universally acknowledged …”

It’s all Jane Austen’s fault. Because if she hadn’t written Pride and Prejudice (it was published 200 years ago and it’s still going strong. Two Hundred!), the world would not have been introduced to Darcy and the Bennets, and never would we have read countless iterations of its opening sentence:

“It is a truth universally acknowledged, that a single man in possession of a good fortune, must be in want of a wife.”

Technically speaking, this is neither a truth, nor universally acknowledged, though it may have been (and probably still is) a universal perception… and perhaps there is some truth in there. However, it was highly representative of Austen’s time (even with her delightful satire), and she produced this brilliant opening sentence that resonated, and still resonates, with so very many of us.

There’s a big difference between that opening sentence, which is considered one of the greatest opening lines in literature, and the blog posts that use some variation of this, invariably to sell some kind of service or product.

Potato, potahto, there is a difference

That was Austen. Austen was brilliant, and used language the way artists use color. But every blogger is not an Austen in the making. And therein lies the rub.

So if we’re going to make pat declarations, can’t we at least make them interesting and memorable? And let’s stop couching opinions as facts, observations as “research,” and individual opinions as general statements.

Let’s at least try to rise above the mediocre. Otherwise, what’s the point… of anything?