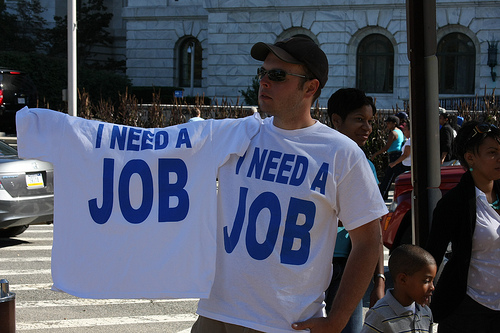 Are you planning to add job seeking to your list of New Year’s resolutions?

I’ve been both sides of the interview table quite a bit.

But probably the time that I did the most interviewing was at my last job.

I was trying to build up a really well-rounded in-house communication team encompassing a range of communication disciplines, both internal and external.

Since said “last job” was for the oldest animal welfare organization in the United States, you’ll understand that we were rarely short of applicants.

As a result, I learned a few things both about hiring as well as job seeking, that have stayed with me to this day.

Here they are. I hope they are helpful.

I know that HR, like recruiters, can be the bane of the job seeker’s life (I’ve dealt with some HR professionals over the course of my career I’d be quite pleased never to hear from again).

But the ones who are good, are really really good.

Despite the fact that the application process was clearly outlined on our website (and anywhere else the job descriptions were posted), I can’t tell you how many emails and resumes I received directly from applicants.

Guess what happened to ’em? They got forwarded to HR.

There is a reason organizations have a hiring process, and it’s usually to make it as efficient as possible. Not to mention the fact that there are certain technicalities about hiring that the VP of a department is not going to be aware of… because that’s not our job.

And it’s HR’s job to help the VP navigate those waters.

So if you’re interested in a job, the first step is to apply following the organization’s process. It shows that you respect the organization’s systems, which is something you’re going to have to be able to live with and adhere to if you get that job.

If you are trying to get an edge and have figured out a connection to the manager of the department in which you hope to work, certainly see if someone can put a word in for you.

But remember that that doesn’t necessarily mean you’re going to skip to the head of the line.

One of the most creative cover letters I received was one sentence; 14 words, to be exact.

I kid you not. It was so creative, that I remember it verbatim to this day.

Can you imagine my face when I saw that? Despite the fact that this person had ignored #1 above, I couldn’t help but be intrigued by someone who had the gumption to write that.

Nothing about skills, work history, or being a fit for the organization, which is what you’d expect to see in a cover letter.

But sass, chutzpah and gumption? Those 14 words clearly had ’em.

So I forwarded the application to HR and, in due time, we called this person in for an interview.

What a disappointment. A very charming person, but one whose creativity didn’t extend to understanding – or explaining – how exactly that creativity would be applied to the job at hand.

Creativity will only get you so far. After that, you have to show you can actually do the job.

Which brings me to my next point.

3. Passion is not the primary factor in making a hiring decision.

If there was a recurring theme among every single person seeking jobs in our department, which was called “Media & Communications,” it was “passion.”

“I have <insert number> rescue(d) cats!”

“Saving animals is my passion!”

The little voice inside me invariably chimed in, “If saving animals is your passion, you’re better off applying to work in one of the departments that works directly with animals, rather than the PR department.”

(No. Of course I didn’t say that out loud. What do you think I am, rude or something?)

Obviously we weren’t going to hire anyone who came up to us and told us they hated animals or would do unmentionable things to them.

But the direct act of saving animals wasn’t our department’s function.

What we did was provide communication support services to help tell the stories of the organization and its many departments, to raise awareness among our stakeholders, and to foster better relationships with those stakeholders that would, in turn, support the organization’s goals and objectives.

Don’t get me wrong; passion is lovely. But don’t confuse passion for the core service of an organization with the experience and skills to do the job at hand.

In my opinion, passion – as the primary qualification for employment – is often overrated.

4. Your qualifications really do need to match the job description.

I can’t tell you how many applications we received from people who were clearly over-qualified for the positions they were applying for.

Or how many applications we received from people who were clearly under-qualified for them. Or not qualified at all (see #3 above).

Most of the time – actually, all the time – these applicants were seeking their “dream job.”

The over-qualified candidates were usually willing to take pay cuts in order to get their foot in the door. That’s not unusual.

But nine times out of 10, what came across was that they weren’t interested in that specific job so much as just getting their foot in the door.

The under-qualified applicants believed they could make up for that lack with passion. See #3 above. Again.

If we came across someone who was partially qualified, really bright and who we thought could learn the ropes, you bet we tried to give them a shot.

But this was based on them having at least some relevant qualifications and/or experience.

And it was very sad to have to hear the over-qualified applicants try desperately to explain why it didn’t matter they were over-qualified while we knew – from their expressions and body language, though sometimes they were honest to come right out and say so – that it just wouldn’t work.

So think long and hard before pursuing a job that is clearly not a match, whether you’re over- or under-qualified for it. It really doesn’t work in the long run.

5. Don’t piss the hiring manager off.

This seems like a no-brainer, but you’d be amazed at how many candidates I interviewed who apparently couldn’t care less about making a good first impression.

They were so full of themselves, that they started telling me how to do my job.

Never mind the fact that a) it wasn’t the job they were interviewing for (hello!), or b) that if I wasn’t going to be supervising them directly, I’d certainly be managing them indirectly.

It’s quite possible that

you’re smarter than the person you’re being interviewed by;

you’re smarter than a lot of people you might be working with;

and you could, once in, leave everyone else in the dust and rise to the top, no matter how Machiavellian your methods.

But it’s also quite possible that you won’t have a chance to do that… because you were trying so hard to impress the hiring manager, you forgot to be polite… or kept interrupting… or showed impatience at the number of people you’d have to meet…

… or did any number of other silly things.

Of course we all want to be thought of as smart people, and we want to hire smart people.

But we’re not going to hire people whose smartness seems to border on arrogance.

I know it’s tough; you’re so full of nervous energy when you’re in the interview seat that sometimes it comes across the wrong way.

The more you are put through your paces, the more comfortable you will be leading up to, and during, the interview. And that will help you put your best job-hunting foot forward, without irritating anyone.

If you’re in job-hunting mode, make sure you sign on to the December 8 HAPPO Twitter chat from 9-10 pm ET (remember to use the #happo hashtag to follow and participate in the chat). That’s where I and several other HAPPO champs will do our best to share helpful advice (and maybe some laughs) to fine tune your New Year’s resolutions for job-seeking.

More resources for you: