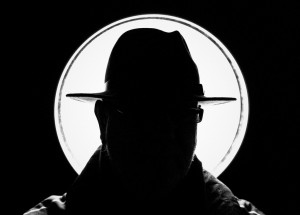 Terri Johnson tipped me off to a fascinating story yesterday. It’s an exposÃ© of China’s “black PR industry.”

I had no idea such a thing existed, but here is how Charlie Custer, who summarized it for Tech in Asia, explains it:

“Black PR firms provide client companies with both post deletion services to help them escape negative news stories, and some also provide placement for soft ads and hit pieces attacking competitors. The top black PR firms can offer these services even for stories posted to China’s most popular news portals.”

The bit about placing soft ads and hit pieces won’t shock or surprise you, since we’ve seen that happen here in the U.S. as well, disgusting as the practice is. And reputation management is often a large part of what we, as PR professionals, do; for some, it’s what they specialize in and focus on.

In fact, even those who don’t think they do it, probably do. For example, content marketing is as much about reputation as anything else; after all, we (organizations, or clients, or simply human beings) want people to think well of us, and to come to us for the right reasons… right?

There are also numerous companies that offer to “scrub” your reputation for you (for varying amounts of money), or teach you how to do it yourself; though at least in the U.S., most people know enough to not overtly promote “black hat SEO” tactics to do so. In fact, companies like BrandYourself tell you point blank what they won’t do.

The approach I’ve seen (so far) from such firms primarily involves getting higher rankings for “relevant” and desired links, by tweaking keywords, generating useful content, etc… mostly in an above-board manner. This, again, is not a surprise. (I’ve never used BY, btw, I just found them when I was researching companies that offer this kind of service… case in point.)

But here is where I started to narrow my eyes as I read the article:

among other things, these “black PR” firms offer to delete negative articles and post “hit” pieces to China’s most popular news portals.

Not (just) search engines. Not pitch stories. Actually delete from, and post to, news portals.

The dirty saga in a nutshell 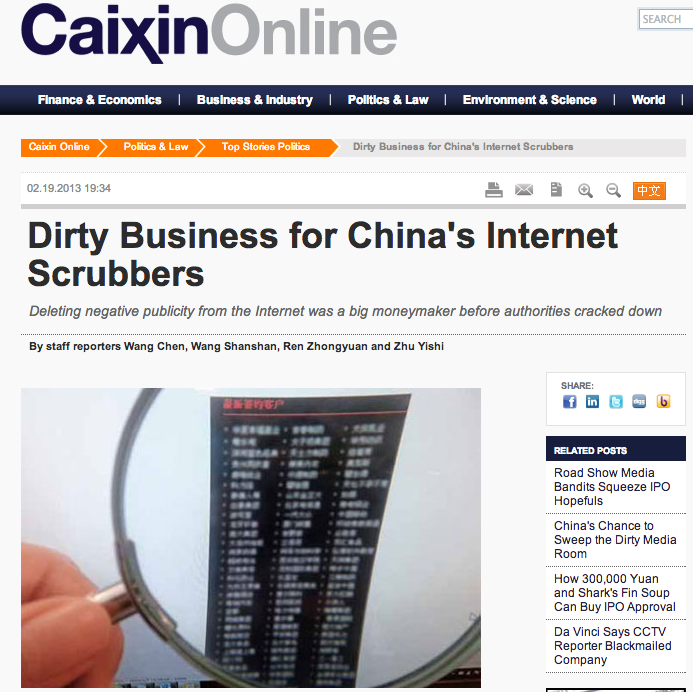 The crux of the matter

A “PR firm” called Yage Times, as well as several others (I put that in quotes because I am so disgusted that anyone purporting to be of our profession would dream up such a thing, let alone do it) were instrumental in “turning China’s website administration process into an illegal money machine” (as the Caixin story puts it).

Basically, the Yage gang started out by getting offending posts removed from, say, Baidu Tieba (essentially a humungous collection of online forums), simply by reporting them to whoever was in charge at BT.

The catch, for the unsuspecting clients, was that they didn’t know this didn’t cost anything… and Yage didn’t bother to tell them that.

No, instead, they started charging a lot of money to do this. And then, as is wont to happen with nefarious schemes, the schemes got even more nefarious, as flddling with posts started to get more complicated.

Now, as Cutter recaps on Tech in Asia,

“Deleting a post generally entails bribing either a management-level worker at the web portal you want to delete the article from or bribing a government or police official who can then send a deletion order to the web portal.”

You really must read the entire recap on Tech in Asia, which will then lead you to an English language version of the story on Caixin’s English site (Caixin was the Chinese magazine that broke the story… and ironically, the original Chinese-language story is nowhere to be found.)

You can see where this is going… or, rather, went, right?

Yage (and let’s not forget apparently many other firms did this too, but Yage is the focus of the article) apparently went from cheating clients, to bribing executives and government officials.

Oh, and they didn’t just get posts and articles deleted, they would work hand in glove with “Internet management officials” (and guess who those are, or are connected to, in China?) to actually block relevant keywords.

In other words: censorship.

And apart from some corporate biggies that were Yage’s clients, where did the bulk of the firm’s clients come from?

Which censors its own citizens.

I don’t know when they’re going to make a movie out of this, but someone has to.

Terri sent the story to my friend Kirk Hazlett (who is also part of the WUL blogging team) and I, because she knew how critical we both are of anything that is even remotely unethical. Kirk was kind enough to let me share it with you, to remind you – actually, us all – of this:

This kind of behavior isn’t just unethical. It’s illegal to boot. And when “unethical” meets “illegal” it is a bad, bad, bad thing.

There are enough shysters out there in general; the PR industry has more than its fair share of them.

Please, for the love of anything you believe in, don’t let money tempt you to join their ranks. It’s just not worth it.